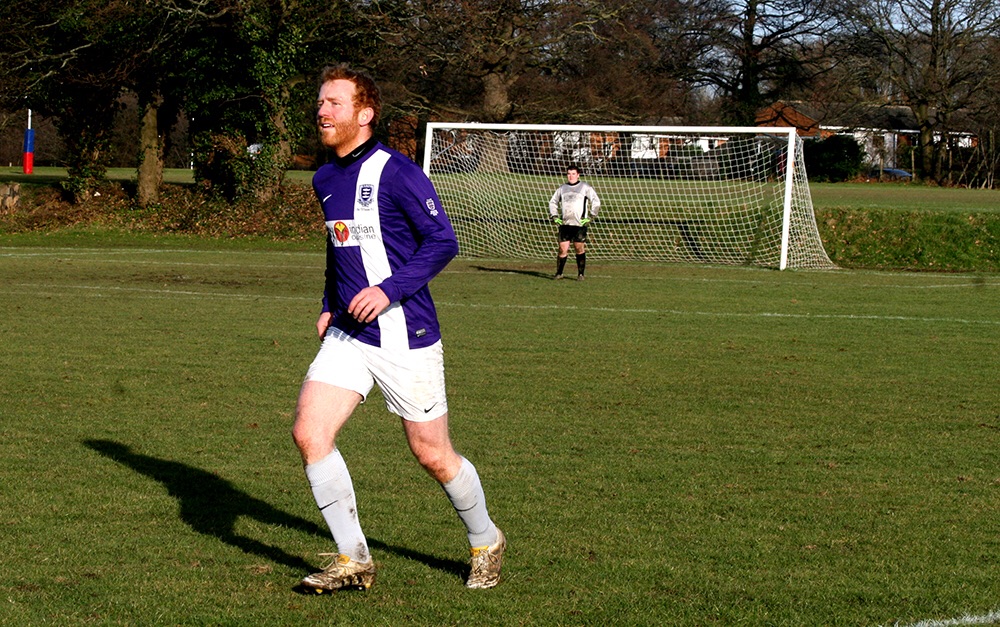 Coming off the back of a narrow defeat and a hard fought draw OTFC IIs arrived at Grist’s confident that they could finally record their long awaited third win of the season and first since October 2014. The determined bunch, reinforced with deadline day signings Matt and Dougie, arrived on the pitch to find midfielder-come-fitness coach Henry arranging cones for an unprecedented and terrifyingly professional warm up. Hilarity ensued, but the lads reaped the benefits, overcoming the now customary Old Tiffs lousy start™ and the opposition’s “physical” approach to impose themselves on the game and start playing some nice football.

The untested central midfield axis of Avery and Burns-Peake ahead of Forsyth combined well to create a plethora of chances, and Avery netted twice in the first half an hour. The first came from some good work down the left by Burns-Peake who squared for Avery to execute an exquisite flick into the far corner of the net, and the second came after some good hold-up play from Edwards, resulting in another fine finish – not the last of the game.

Despite the scintillating start, it wouldn’t be an Old Tiffs performance without a wobble. First Tenisonians pulled one back against the run of play after a good chipped cross and fine finish, and levelled soon after in agricultural fashion – hoofing the ball downfield to relieve pressure only to find their own centre forward dashing clean through on goal as the Tiffin team looked on in horror and utter bewilderment.

Galvanised by the injustice of the situation Tiffs pulled ahead again moments before half time through Edwards and, after some more fine trickery by Burns-Peake, the message at half time was to continue in the same fashion and the result would surely come – that is exactly what happened.

The whole Old Tiffs team battled superbly to press their opposition and win the ball early in the second half, showing real determination and quality, and they provided a platform for John Edwards to grab the glory. One sitter aside, “the ginger Harry Kane” conducted his own finishing masterclass, firing home 3 excellent finishes and squaring unselfishly for Matt Burns-Peake to complete the rout.

The game finished 7-2, and even an unsavoury late tangle (which included a headlock, a punch, and a red card on debut for Dougie) couldn’t spoil a quite stunning performance from OTFC IIs. Every single player performed brilliantly and if it wasn’t for Edwards’ glut would have had a good case for man of the match.

Let’s hope the team can perform like this throughout the last third of the season. To quote Kevin Keegan – the tide is very much in our court now.