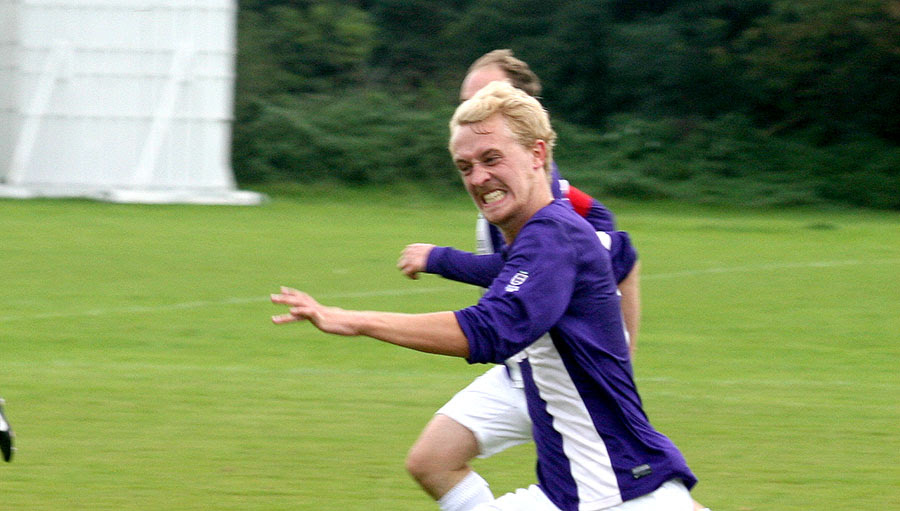 On a moist but mild early November Saturday, Tiffs IIs made the short trip to Epsom to take on the Glyn Old Boys IVs. Skipper Guar-dicky-ola was back from a mysterious mid-season holiday in Africa to take the helm once again, looking to help Tiffs redeem themselves after letting a strong lead slip to a 3-3 draw the previous week.

Both teams had a sleepy opening 10 minutes, and before Tiffs had got organised at the back, a Glyn attacker found some open space to put them ahead 1-0.

This was the wake-up call Tiffs needed, and after it became clear Glyn were missing their first choice keeper, Tiffs stepped up to test him out. Will and Tommo linked up well, and great efforts from Luke, Colin and Charlie all found the woodwork. Tiffs won a free-kick outside the Glyn box, Will stepped up and played the ball right into the danger zone – Tommo took advantage of some scrappy defending to find the back of the net and draw level. 1-1.

Countering, a Glyn midfielder went through a couple of tackles before he was brought down on the edge of the Tiffs’ box. A well struck free-kick sailed through our 4-man wall and past keeper Julian to make it 2-1.

Tiffs tried everything to draw level. While Luke and Kimber held firm in front of the back 4 and pushed forward well, both wings (swapping sides to keep Glyn guessing) made surging runs forward – Colin gained several nutmeg scalps, Joe made equally strong runs supported by another consistent performance from Gary at right-back.

Dramatic scenes ensued once we’d changed ends – after climbing to punch a cross clear, Julian fell awkwardly and dislocated his shoulder. A few seconds of unconsciousness and significant pain made it clear he couldn’t continue. Once Julian’s better half had arrived to clear him from the edge of the pitch and whisk him off to A&E, Tom Nichols heroically donned the gloves for the second time in two weeks. The replacement keeper dealt confidently with a couple of piercing runs from the Glyn attacking midfield, clearing his line right out to the edge of the box on occasion.

Despite a 30 minute break in play Tiffs managed to hold concentration and continued pushing forward. Consistent distribution out of the Tiffs midfield was eventually rewarded with a wonder-goal; Charlie’s ball into the box was controlled by Joe on the pivot and volleyed into the top corner to draw Tiffs level. 2-2.

Smelling blood, Tiffs continued pressing. Joe ran rings round the poor Glyn left back while Tommo got inside the head of the Glyn defenders, particularly winding up their centre back. After getting forward consistently well, another Colin cross was picked out by Tommo and headed past the keeper to put Tiffs ahead 3-2.

The last 15 minutes dragged out as Tiffs held on for the win. Kimber seemed to be on the end of every high ball, Dicky and Fuse held firm at the back, and Charlie and Luke were equally strong in the middle of the park. Tiffs even fancied a fourth after a loose ball was played up the pitch by Mitch, but Tommo’s shot went just wide.

A few players could have taken home MOTM but Joe’s consistent running, strong pushing and great goal put him out in front.

A well-fought and well-deserved 3-2 victory leaves Tiffs undefeated in the league – we’ll be looking to maintain this momentum over the coming weeks.