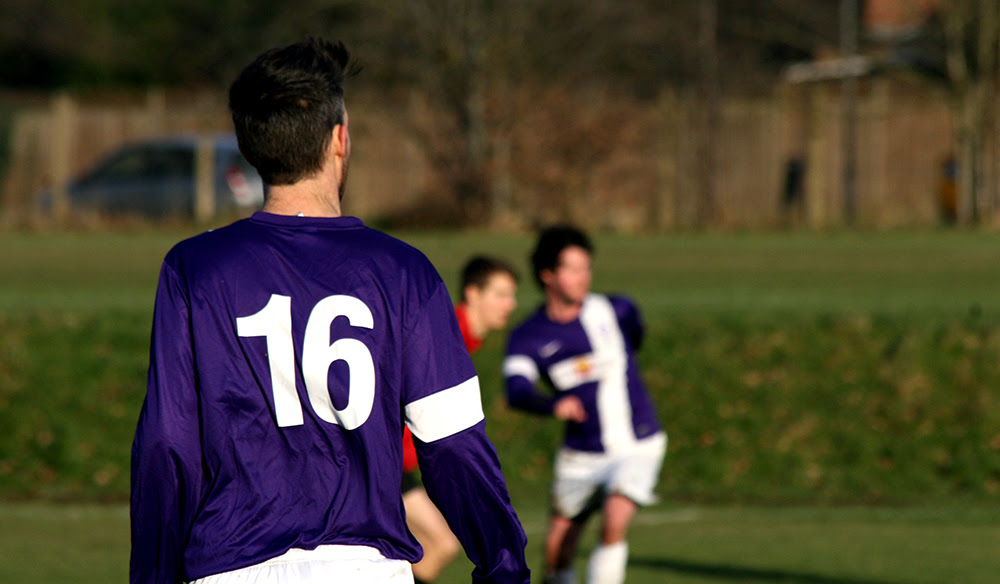 Old Tiff 2s came together for the first meaningful time this season.

Following last season’s promotional campaign the squad nervously stepped out onto the Grists turf under the new heady heights of AFC South Division 5.

It is fair to say the 2s are carrying a little holiday “lethargy” and in some cases summer injuries. That said it was this time last season when Tommo started us off with a double brace to send us to the top of the table. Reassuring then that Tommo’s name was once again at the top of the team sheet. The team sheet by the way was looking strong, not in numbers but in players the 2s had played a cool hand in the transfer market. A squad bolstered by a number of new recruits without loss of regular squad players. It was also looking up in pre-season with the return of a couple of players side-lined last year by long term injuries.

Proceedings started following a minutes silence adhered to by both sides around the centre circle.

We were a bare 11, but, unfazed by the 3 subs Old Tennisonians had brought with them.

KO and the first 20 minutes were all OTFC. The plan to “get the ball to Tommo” was working… chance after chance came his way… followed by fine after fine. Undeterred by chances missed we rallied, Colin starting the season very keen to point out his status as “current” player of the year started this season in the same way as last – assisting. And suddenly goals… two of them, John and Tommo hitting the back of the net.

We went into halftime two to the good with the majority of possession, chances and territory.

It was early in the second half when the lethargy started to get the better of us, the oppo using their subs to good effect especially in midfield and upfront, frustration started to kick in and the usually encouraging OTFC started to get at each other. Simple passes going astray and defensive mistakes led to two quick goals for the opposition. At 2-2 and tiring OTFC looked worryingly out of sorts.

Not knowing OTFC’s habitual history of hoofing the ball out in panic when legs become heavy, new recruit “Le” Tom started to work with Kuldeep and play football out of central defence, good football, football you see on TV. He even started to encourage Cottee to play the ball across the back! This had an effect on the whole team, trust started to ensue and we “let the ball do the work”. OTFC were back, tired but back. More goals came.