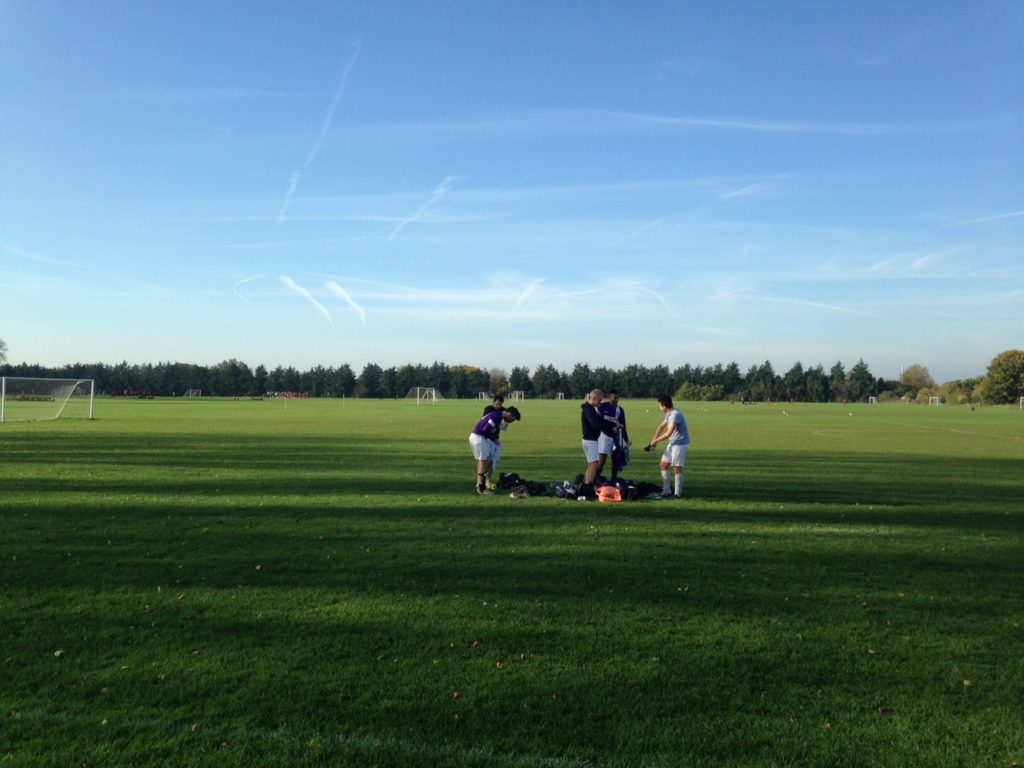 On a an uncharacteristically sunny Halloween afternoon in Chiswick, what started out as a stroll in the park soon turned into a nightmare for the 2s against Old Meadonians.

With Guar-Dicky-ola on a mysterious mid-season scouting trip somewhere in Africa, the previous week’s goalkeeping hero Luke took the armband for the second week in a row. With goalkeeper Hobbs again absent, this week Tom Nichols donned the gloves and started the game well, quick off his line to mop up any danger, and snappy distribution across the park.

Whilst last week Tiffs had looked like a well-drilled unit who had smartly held onto possession, this week could have been mistaken for our first game together. However, with the back 4 looking maintaining order, and goalkeeper Tom sharp to danger, Old Tiffs managed to hold firm after a sloppy opening 10 minutes.

The opening goal came mid-way through the first half, when after a succession of corners, Joe Sammarco rose highest at the back post from Colin’s corner to loop a precise header into the far corner for his first goal for the club. Tiffs had began to grow in the game, and perhaps should have had more despite a fine save from the oppo keeper after Colin was clean through (fine).

Old Tiffs finally started to assert a modicum of dominance on the game, and Colin was again the creator – this time firing over a cross (or was it a shot?) that rattled off the crossbar, and John Edwards reacting fastest to smash in a superb left-footed volley to make it 2-0. We’d still not really got out of first gear, but held the lead. The third goal came shortly before half time, when Meadonians cleared their lines from a corner only as far as James on the edge of the box. What happened next was quite peculiar – he looped a questionable side-footed volley (it definitely wasn’t a shot) off the underside of the crossbar, which bounced off the goalkeeper, and then into the back of the net.

After an admittedly shaky first half performance and a stellar team talk, we should have come out firing. But again we just couldn’t quite get going – in honesty, the less said about the second half the better. If we’d even got into second gear in this game we could have been 8-0 up and clear at half time, but once again the pressure of being ahead got to us.

The goals we conceded were from two scrappy finishes in the box after set-pieces, and a quickly taken free-kick. Only once they’d equalised did we play anywhere near the level we were capable of, with John striking the post with a powerful strike (toe-punt), and the keeper saving smartly from Gary after a mazy run.

MOTM this week was Mr Nichols for his brave stand-in performance between the sticks, and we still remain unbeaten in the league. Onto next week, with a local(ish) derby in Epsom against Glyn, where we can put this game behind us and hopefully get 3 points on the board!