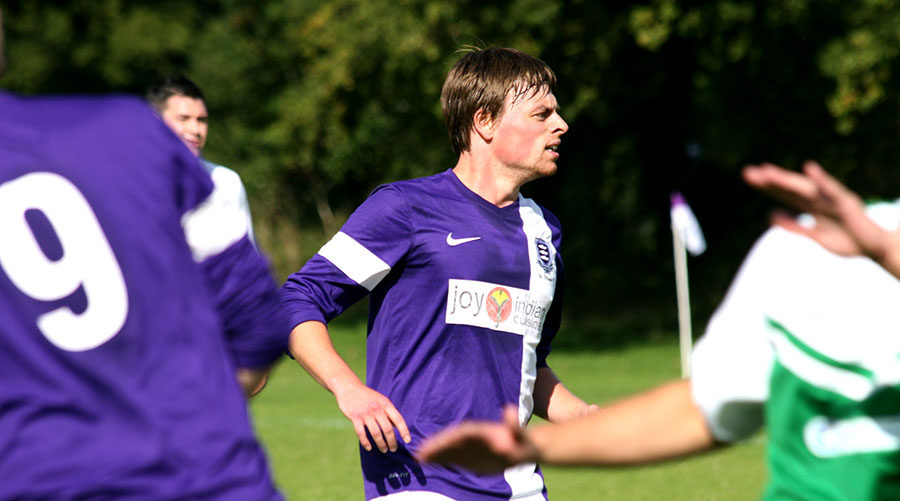 Cramp, injuries, broken bodies and broken minds are just a few words to describe the pre-match feeling in the camp for the IIs first league match of the season. With no less than 81.8 percent of the first team line-up having played a full 90 minutes for the Is before the game and arriving a full three minutes before kick off, Mickleham’s optimism was understandably high having stared at the solitary IIs figure of VC, “Bruiser” (receiving not giving) Forsyth for the previous hour.

The match started, somewhat surprisingly, with Tiffs dominating possession and for the first 10 minutes the IIs ran rings around Mickleham. An early chance fell to Forsyth on his favoured right side, only for his “rocket” of a shot to stun the hands of the agile Mickleham keeper. A yard either side and who knows, the keeper may have dived over the fast travelling howitzer. However, two minutes later the pressure paid off for Tiffs, a well worked passing move resulted in the ball falling to Dave Harry in space on the edge of the box and he coolly slotted his low shot into the far corner of the goal. 1-0. Somewhat less surprising was the passage of play that followed until half time, and save for some interesting 45 yard (distance approx.) shots from Tiffs’ marauding centre back,  Mickleham started to see more and more of the ball as the IIs fitness rapidly depleted. They eventually got an equaliser mid-way through the half after a clever 18 yard chip beat the rushing Tiffs keeper. Shortly after, Mickleham got a second. The IIs, keen not to go into half time behind began to rally (wake up) and before half time a set piece allowed the revelatory, left wing extraordinaire, Charlie Mortimer, to rise highest to direct a header with one of his own into the top corner of the net. Half time. 2-2.

The second half played out very similar to the first, Mickleham trying to capitalise on a tiring Tiffs team. Chances were few and far between and most of the match was played out in the middle third of the pitch. A few half chances came and went for both teams before Mickleham managed to convert. Tiffs were quick to respond however, and a great run and cross from Charlie Mortimer found Rhys in the six yard box who confidently struck the ball home with his thigh/chest/penis. A classic goal to round off a hard fought game, and given the circumstances a solid point on the board for the IIs.