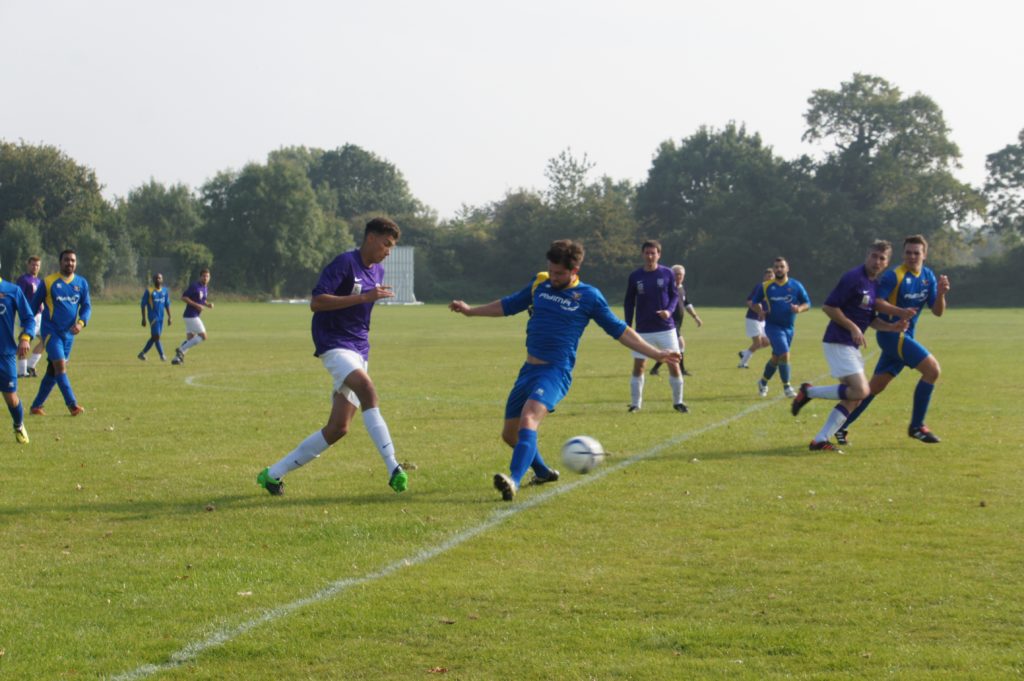 The Old Tiffs set the touch paper to their cup campaign alight with a clinical 1-0 win over South Bank Cuaco IIs. With online chatter before kick off promising simultaneous Purple Fire and Purple Rain, there was a great deal of confusion as to the performance expected of the OTFC Is from the powers that be. In reality the squad offered up a main course of lilac drizzle and the odd plum puddle on an oppo who had little to offer in return.

The brothers Matthews arrived moments before kick off – with Sniffer and Alan being drafted in from the 2nd XI and Sam Lewis delayed after a big night on the south London tiles – The Purps could have been forgiven a stodgy start. Aux contraire… The Ts burst out of the proverbial traps and looked both threatening and absolutely gorgeous in equal measure from the get go. Dave Harry, always tidy in possession, found immediate joy down the right. His effort from a Matthews centre was among a number of early chances to be wasted. The main culprit, if there was one, was Alan Hutcheson. Having used his pace and athleticism to carve a number of openings for himself, he could only shoot tamely wide or at a confident visiting keeper.

Unable to make the early pressure pay, the Ts looked vulnerable to a counter. They had their rouge-barneted skipper to thank for making 2 crucial saves as the first half petered out. Nil all at the turn.

More dangerous elements, all coloured purple, were promised during the interval. Purple thunder and lightning, purple water, purple wind. None arrived. Instead, Bruno Robertson tamely dribbled in a winner from a full 25 yards to spark murmurings of unbridled joy on the touchline. The game finished with little drama, aside from Sniffer almost finishing a fight, before deciding to finish three cakes, eight pies and a dessert course instead. 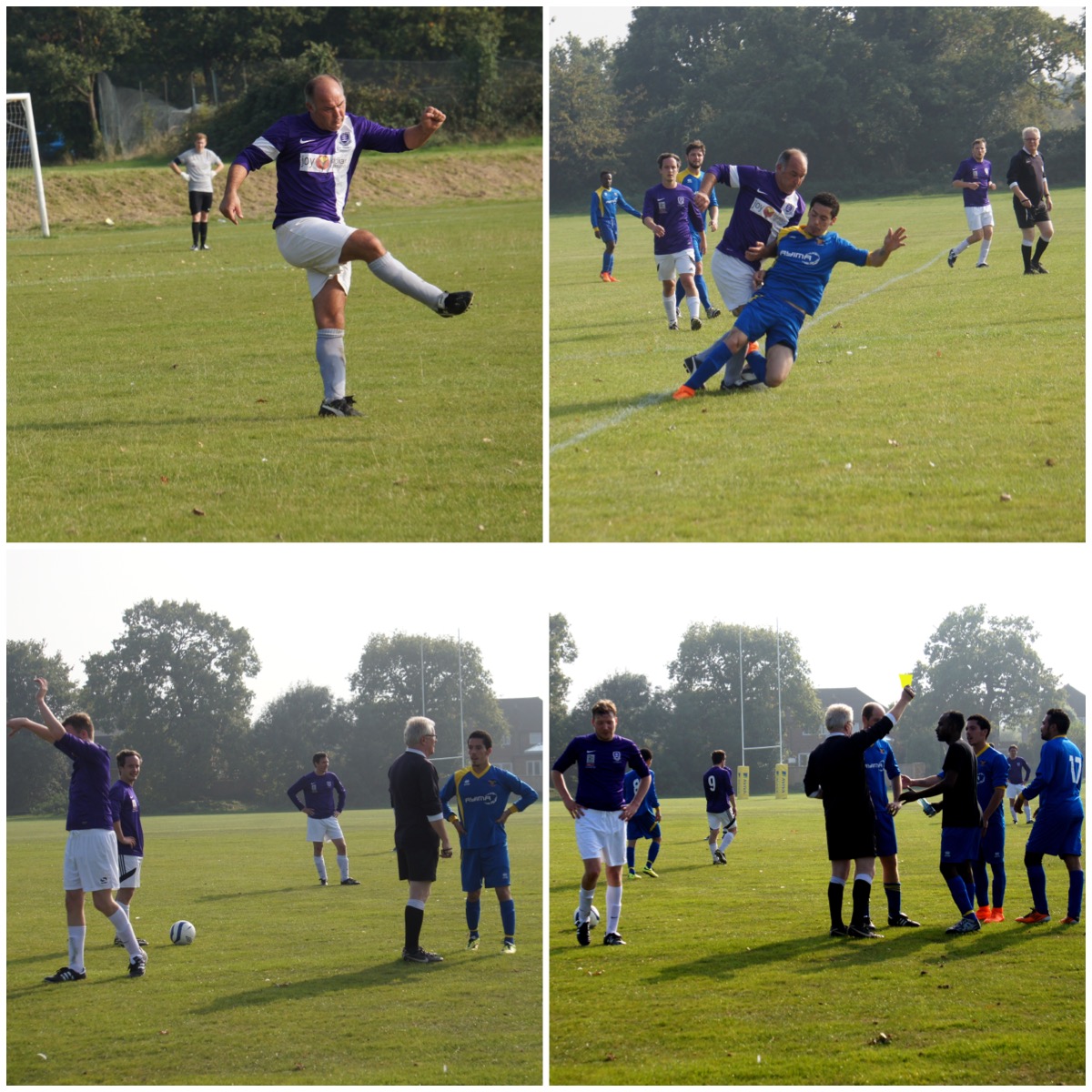 The Purps pushed unsuccessfully for a second and settled instead for a guest ale, an enormous buffet and a chorus of Taylor Swift in a euphoric home dressing room.

Bring on round 2 (Editor’s note: round 1, this was the preliminary round) of the Surrey / Kent Intermediate AFA Cup! Hopefully Harry Elkin will take himself, and his micro scooter, all the way to the last 16 – if not beyond.