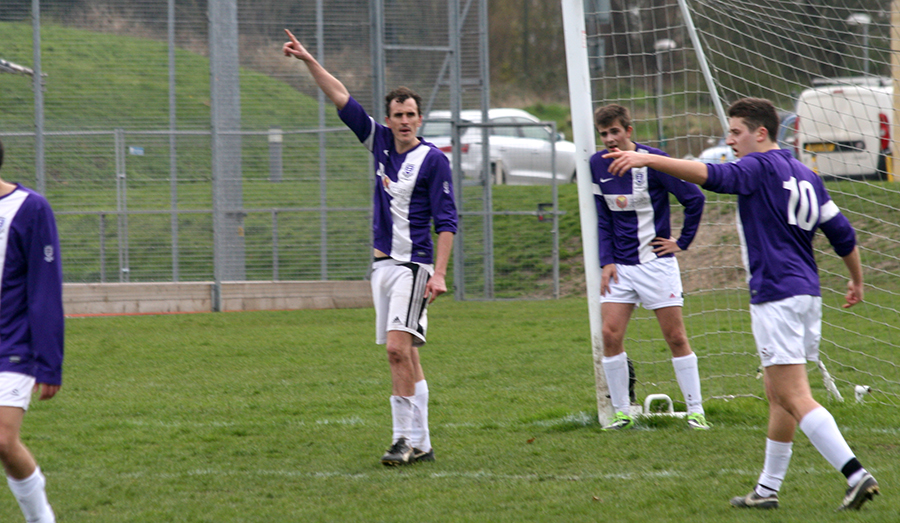 The purple steam-train rolled into Chiswick on the back of 3 consecutive wins (and a fairly big one last week at that) for the first time in anyone’s living memory. Promotion was a possibility, confidence at an all-time high, and there was one question on everyone’s lips… They couldn’t, could they? Players and fans were dreaming of success, and it was also great to hear that Tom Nichols was dreaming of Colin the night before, much to the delight of the fines committee.

The game started at a frantic pace, with manager Dicky ‘Brendan Rodgers’ Bostelmann opting for a creative and fearsome front 3 of Kimber, Thommo and Mortimer. The hard ground wasn’t conducive to pretty football, with OTFC’s infamous passing game being restricted by a number of irritating bobbles. Despite a lack of real chances from either side, Welsh took the lead from a set piece, when the ball sat up invitingly in the box for them to poke home.

Reactions. Much is made of reactions. This year one of the things we’ve improved on most is not letting our heads drop when we concede. We battled our way upfield and scored with a corner of our own, Charlie wheeling away with celebration for his 273rd headed goal of the season. The dubious goals committee later ruled the effort as an own goal, leading to a fine in the process.

Half time, honours even at 1-1. The second half started with some calm and controlled passing, holding possession well in spite of the conditions. However, disaster struck. In true Slippy G fashion, “1st Team” centre back Kieran lost possession on the halfway line, and their centre-forward was too quick, galloping through and lobbing Cottee to make it 2-1. An unfortunate and uncharacteristic mistake from Kieran, who had been so dominant in the air throughout.

Once again in an attempt to claw ourselves back into the game, Joe and Matt had a peculiar passage of play down the left-hand side, treading on each other’s toes and holding hands. However this combination was strangely effective, beating 3 or 4 defenders in the process. Joe then took charge of the situation by cutting inside and curling a wonderful effort into the top-left hand corner from 25 yards, despite the best efforts of the Welsh goalkeeper. 2-2 and all to play for.

After this moment of brilliance, the game reverted to its stodgy format with neither team able to control the ball or make any clear chances. Until, with 10 minutes to go our former achilles heel came back to haunt us. Having gone weeks without conceding from a set piece, an unmarked Welsh attacker leapt highest to nod home.

With one game to go against the champions elect, finishing on a high can give us some breathing space on the coveted Champions League places.