He’d had a virus all week, maybe it was the drugs he’d been taking to take the residual illness away, maybe it was just that he was pumped for the game. Last week he’d been away, it was difficult to see the results come across the league ticker tape. OTFC 2s were his team, he’d built this, what was happening? Pre-season had been good, excellent in fact, new signings, new sponsor, wins, how had his team imploded quite so badly, out of both cups, 2 points from 4 games, no wins.

The dreams he had that Friday night were all football…

The team were going to get a clean sheet. He owed that to his loan keeper. He’d pulled rank and called him up. His defence weren’t going to allow this keeper to be beaten and you know what, it would rub off… this keeper wasn’t for beating either. The defence were going to rule the game… win from the back, set the standard, be ruthless. 90 mins of it, not 60, not 80. This week it was going to be 90. There would be no errors!

A debutant would boss the midfield, aided by club stalwarts, warriors, breaking down every play, fielding every ball, spreading passes through the pitch, winners all of them. The creatives of the game, where it starts, where it builds from.

Freshers would boss the wings, terrorise the oppo defence, score. Returning occasional players would score wonder goals, the ball would wedge in the uprights from 30 yards, they’d also assist others, veteran strikers would of course be on the score sheet, this was the way.

This was a good dream, the celebrations would be late into the night, like his heros from the 70s, he’d be out, not at home, out in style, he’d be at Playboy, bunnies everywhere, hanging on his every word, champagne would be cascading down a tower of flutes.

It was a great dream!

Reality hit Sunday morning, Dicky woke up, skippers duties prevailed, he needed to pay in the game subs from the day before. As he opened his wallet, the real world hit him, there was no money. All the subs were gone, in its place a single receipt, one line on the receipt, Cristal – bottle x10, and at the top of the receipt, those give away ears, the tell-tale logo of that club.

How was he going to explain this to the club chairman? 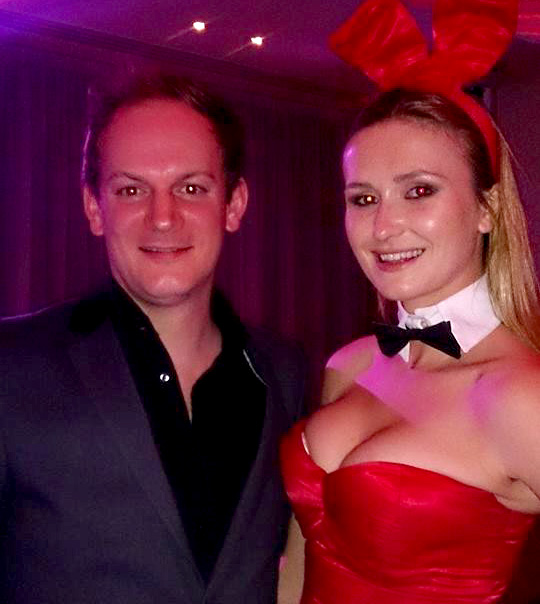