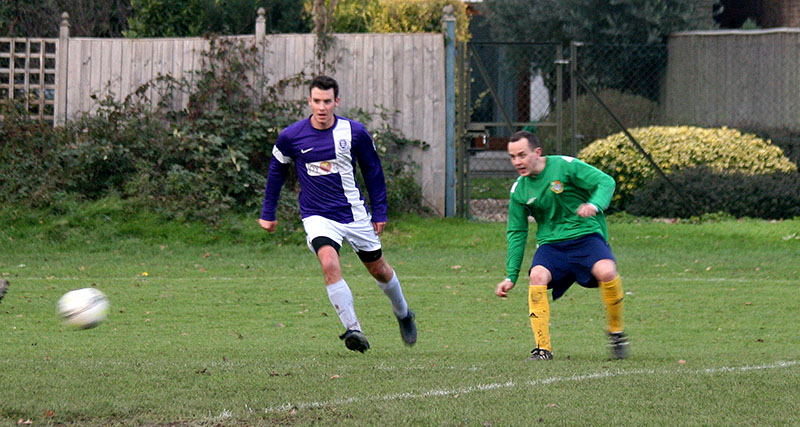 When this fixture was spotted at the beginning of the season, the Clapham based contingent of the OTFC II’s rejoiced. Finally, a local game. Sadly for them, “Clapham” Old Xaverians were quite some distance away, both geographically and culturally. While Mazerati’s are a common sight in Clapham proper, they tend not to be wrapped in gold foil, and part of a blatant drug deal. Some members of the team appeared visibly concerned about the wellbeing of their cars/motorbikes/valuables upon arrival. The normally fearless Andy D refused to even travel to the area, instead preferring to remain in leafy Surrey with the first team.

Adding to the worry in the pre match changing room was the absence of goalkeeper Thomas Hobbs, who, at the request of a drunken man he met on a train, had last been seen heading to New Cross at 11.30 the previous night. His arrival mid warm up led to much relief, though his reluctance to discuss his late night rendezvous also generated concerns of a different kind.

Things appeared to be on the up for Tiffs when skipper Dicky won his first coin toss of the season. He was so shocked, it took several prompts from the referee before he could make a decision, finally opting for the unorthodox choice of “change ends”, despite no obvious benefit and much to the annoyance of all.

When the game began, Tiffs were under pressure from the start. Full backs Ed & Mitch did an excellent job keeping the “Clapham” wingers in check, while Will & Kimber covered more distance in the first 15 minutes than most matches chasing down the “Clapham” central midfielders to great effect.

Having absorbed pressure well, and put together a few good attacking moves, Tiffs managed to get themselves ahead thanks to a delightful pass by Tommo and a neat finish by Dave. Some more solid defending, and a couple of excellent saves by Hobbs saw Tiffs carry a 1-0 lead into half time.

The second half saw OTFC continue to be pegged back under pressure. This was dealt with well until an unfortunate series of events that saw their winger break through, stand in centre back Luke not manage to remain standing and trip over the cross, and Mike’s excellent block somehow rebound to their striker for a simple finish. 1-1

Despite the rapidly tiring legs, Tiffs pushed forward in search of a winner. Sadly, this created space behind the defence which “Clapham” were able to exploit (again with a bit of luck) to take the lead 2-1.

From this point on, the game descended towards farce – with their whinging reaching fever pitch, and players diving all over the place, “Clapham” played up to their location, not their club name. This infuriated Dan so much he floored their biggest offender with a brutal (but legitimate) shoulder charge, leaving him rolling around in much pain (and getting very little sympathy).

Frustratingly, Tiffs were unable to break through for an equaliser, and the game finished 2-1. Despite the result, it was a solid, battling performance from the II’s, who never gave up and who’s heads never dropped – showing the kind of mental strength needed for a late charge into the top 4. Many thanks to Ed, Dan and Mike for stepping in, and another well-deserved MOTM for Mitch.