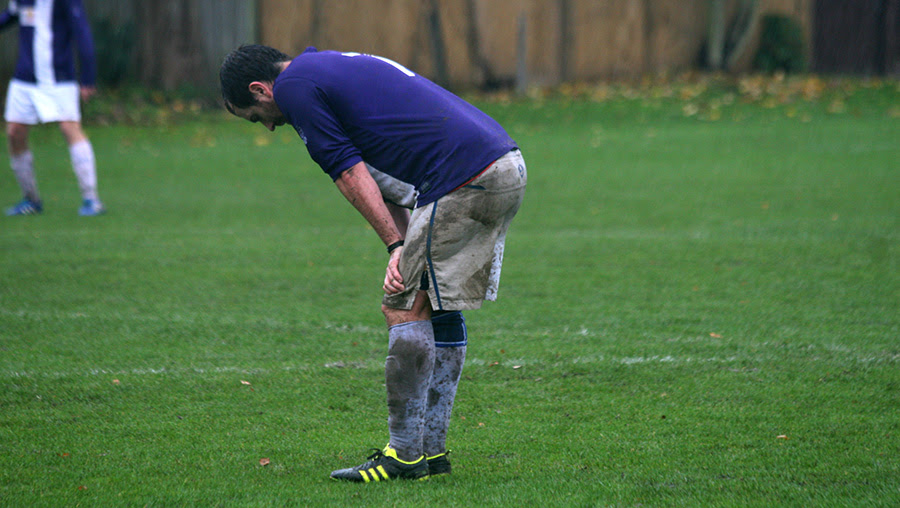 OTFC IIs returned to Dulwich to play a cup game vs Alleyn Old Boys IVs full of optimism, having put in a great performance on the same ground in the previous round. Unfortunately, this proved to be unfounded as Tiffs were outplayed across the park in a tough encounter in the driving rain.

The match started well enough, with Tiffs winning a couple of corners from half chances. However, this was to prove the high point of the half, as Alleyn’s quickly took control and asserted their dominance in holding possession and playing a quick passing game. Despite some solid defending from Andy (making his return to the IIs after the well-publicised ‘Justice4Andy’ campaign) and several great saves from Cottee, Alleyn’s eventually made their breakthrough around the 25th minute. A tap-in, after some well worked wing play and a cross from the left. A second goal and a third goal from long-range soon followed to round off a poor half for Tiffs.

At 3-0 at the break, Tiffs had not really got started and were lucky the scoreline wasn’t larger.

After some words at half time and a renewed promised to treat it ‘like a cup game’, Tiffs started the second half well. With more energy and purpose in their play, Tiffs managed to create a few chances through good play in midfield and up front from John and Dave. After winning a free kick on the wing, Colin delivered a dangerous ball into the box which was headed home by an Alleyn’s defender to make it 3-1. Soon after, Dave forced an excellent save from the Alleyn’s keeper with a strong shot in the box after being played in by Colin. Unfortunately, Tiffs failed to take advantage of the resulting corner and hopes of a comeback started to fade after Alleyn’s scored on the break to make it 4-1…

As the the conditions worsened and the pitch went from soggy to unplayable, Alleyn’s regained control of the game and the floodgates opened. Although Dicky and Andy made some strong last ditch tackles and Cottee saved us a couple of times, Alleyn’s managed to play through us (and the several lakes that had appeared on the pitch) to score 5 more by the end of half to make the final score 9-1.

Joint MOTM went to Andy and Cottee for solid displays in defence and goal which kept the scoreline (kind of) respectable/prevented Alleyn’s from reaching doubles figures!

A couple of very odd calls from the referee aside, Tiffs really couldn’t argue with the result. Some solace can be taken from the fact that our opponents, already a few leagues above us, have not won a game by less than four goals this season!

With OTFC IIs out of the cups, focus returns to the unbeaten league campaign at Grists next week.