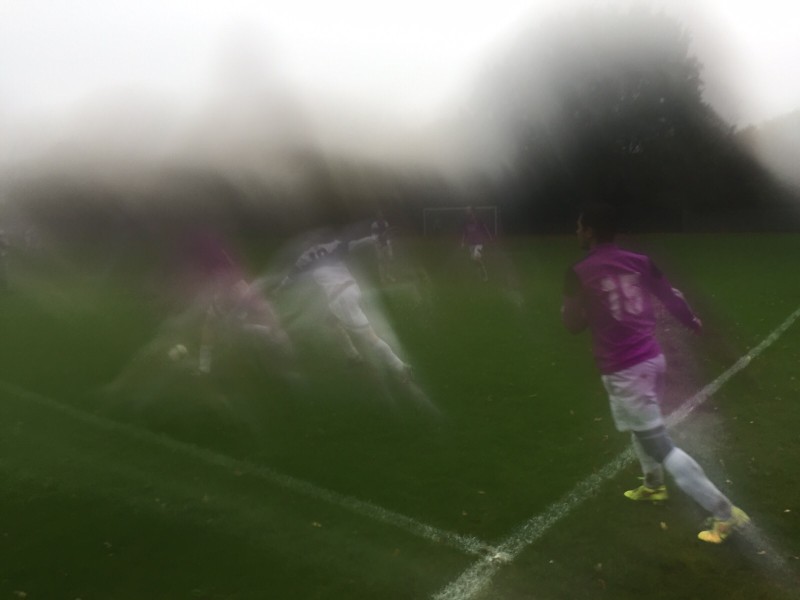 On a grey and blustery Saturday afternoon the IIIs made their way to Sparrows Lane, New Eltham. With a full squad of 14 [Editor’s note: before the late cancellation] and coming off the back of a hard fought victory in the cup the weekend before, the team was in high spirits despite the awful weather.

After a reflective minute silence, the game was under way and Tiffs pressed and harried the opposition with real bite and determination. With Andre Knuchel-Takano and Austin Arjun Kugathas defending from the front and the whole team communicating well, it wasn’t long before Tiffs were winning the ball in good positions and turning defence into attack. Ben Williams and Matt Power started controlling the middle and with some clever running from the wingers Ciaran Morris and debutant Alex Boury, a Tiffs goal looked to be coming. Finally, with a corner won on the left, Ed Whitehouse smelt blood. Anticipating the forward’s near post run, Whitehouse fizzed in a cross and with no opposition defender able to clear the ball found the back of the net straight from the corner. 0-1 and a first OTFC goal for Whitehouse.

Although Tiffs were on top for the majority of the first half, the opposition did have chances from balls over the top, and with their lively and quick number 9 chasing hard, Laurence Hinton had to be quick off his line. Luckily for Tiffs he and the centre half pairing of Dan Hogg and Jack Field were on their game and snuffed out some dangerous attacks.
As the half progressed Tiffs made good use of the ball and etched out a few chances for Boury and Knuchel-Takano, though the best fell to Field. Whitehouse received the ball out on far left and delivering another fine cross into the box. It looked a sure goal with Field arriving unmarked but it was not to be with the center-back getting a little too much on the header.

The second half started with Tiffs looking to replicate the good form they had shown in the first period, and it wasn’t long before they got their second goal of the game. Tiffs broke down the right with some good play from Michael Lutz and Knuchel-Takano. Lutz found Lewis Baister on the edge of the box and with a controlled side foot finish Baister found the bottom right of the goal. 0-2

The oppositions’ heads certainly did not drop from going two down, in fact they came back strongly and the game became an intense and end to end affair with some full blooded challenges coming from both sides.

Sedcopians found their goal from a counter attack after a Tiffs corner. Their lively number 9 picked up the clearance on the left and travelled the majority of the pitch before squaring the ball across the box. With Tiffs outnumbered at the back, Hinton had no chance in goal as the opposition forward calmly slotted the ball in at the far post. 1-2

After the restart, the opposition attacked with all they had for 10 solid minutes. The game turned from a fair contest to an ill-tempered affair with late challenges and light handbags all over the pitch. But Tiffs weathered the storm and heading into the last ten, MOTM Power stepped up and scored the goal of the match with a fine strike from outside the area to secure the three points. 1-3. Game Over

This was a great team performance full of passion and desire to get that first league win of the season. Well done boys!!! 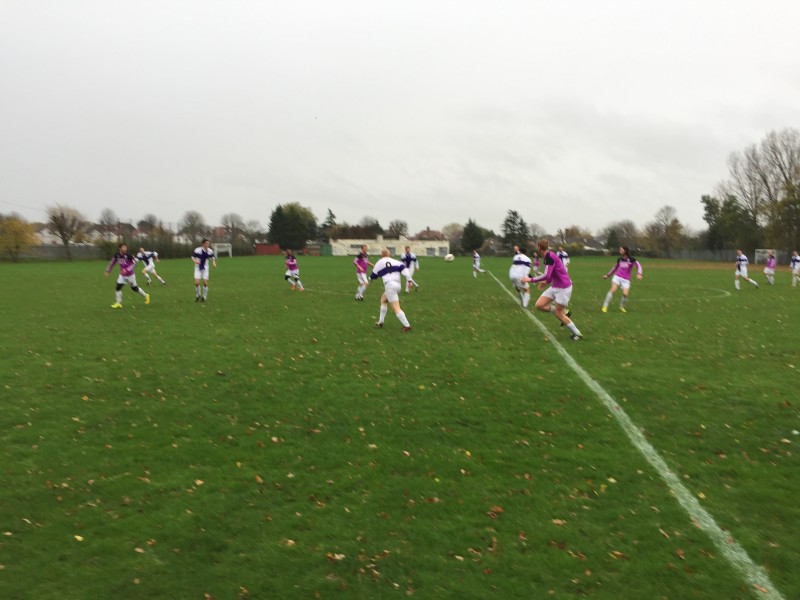