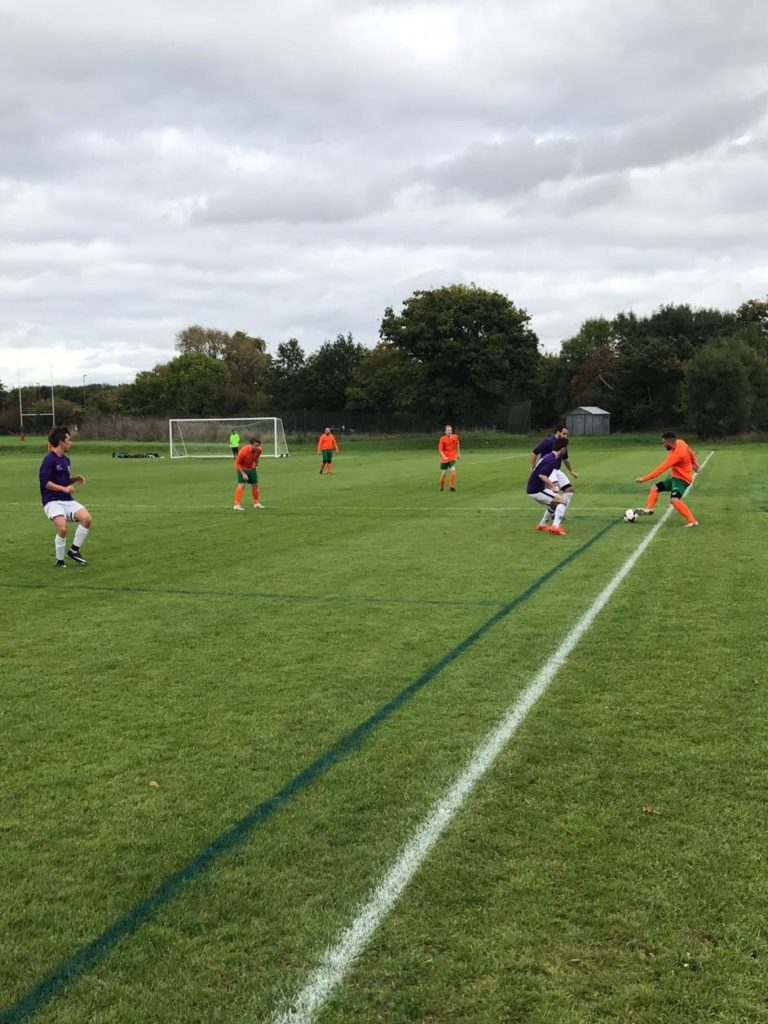 OTFC 4s faced top of the league Old St Marys 2s in a cup game with a 3pm kick off at Grists Memorial Ground. With Old St Mary’s at the top of the league on goal difference, Tiffs weren’t sure what to expect, but certainly had the desire to make a strong statement about their title ambitions.

Nevertheless, after only 5 minutes, they found themselves behind, after a cut inside by Old St Mary’s no 14, who managed to beat keep Nader Meradji with a powerful shot at the near post from 5 yards.

Six minutes later, without any real prior noticeable accomplishments by any of Tiffs, Zeki Akdeniz got first to the ball and put all his winning desire into a shot that didn’t stop until it hit the back of the net. A cracker of a goal on his debut and Zeki promises to be an important asset for Tiffs in their effort to win the league this season.

By the first half an hour, Tiffs had scored twice more. First through Tom Flynn, who capitalized after one of his trademark forward runs (14) and James Khaj (22) clinically finishing after a corner well taken by Wesley Bishop.

Old St Marys pulled one back from a free kick which frustratingly went in despite the fingertip touch of keeper Nader Meradji. The half time score was 4 – 2 to Tiffs, after substitute Razvan Goldu reacted first to a deflection off James Khaj following a corner – a powerful shot that went in right under the cross bar (37).

The second half was less eventful and less successful for Tiffs, who took their foot off the gas a bit, especially after a comeback goal from the second substitute – striker Dave Dean (55) – a clinical finish from 12 yards.

Old St Marys pulled one back (71) right after James Khaj clearly determined who the winner would be through a tap-in at the far post (69). The rest of the game was under the visitor’s control, but they were unable to capitalise on their superiority. The final whistle found them wondering how they did not get more out of the game, especially after a few good runs in the last ten minutes, when either the finishing touch was not adequate or keeper Nader Meradji did some miracle saves.

It was a deserved win for Tiffs, which might suggest they have the upper hand in the title race. This, however, is to be confirmed in two weeks time, when Tiffs travel to Old St Marys for what will be the most important fixture of the beginning of the season.