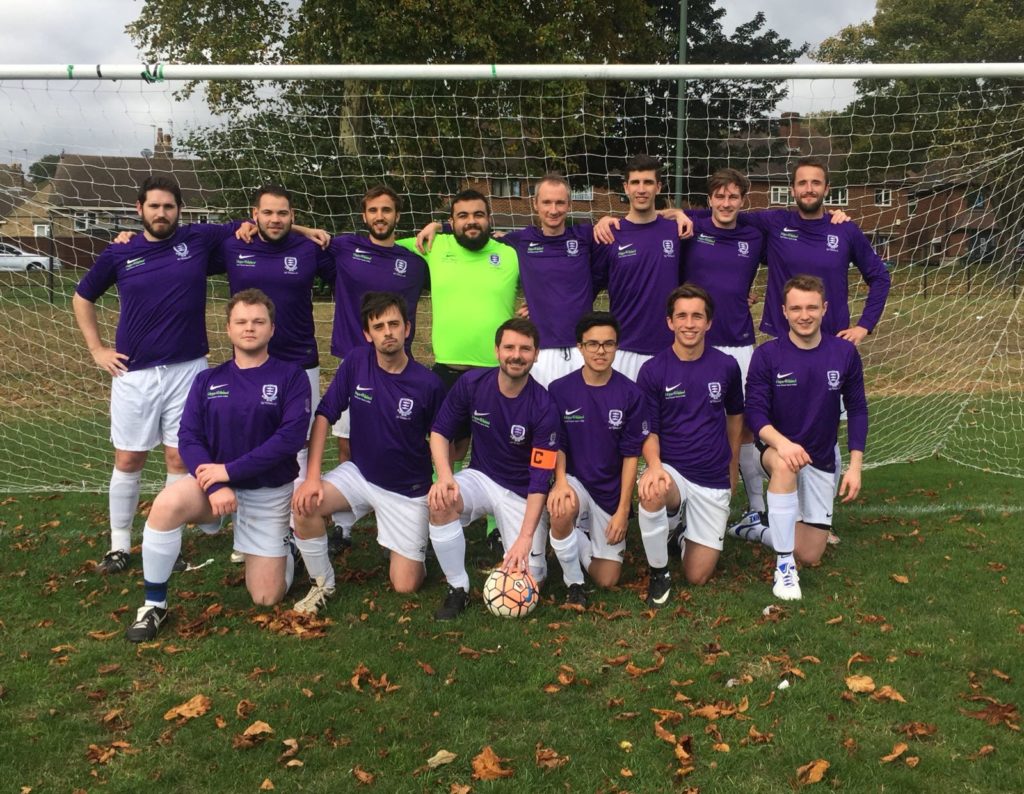 Tiffs travelled to Old St Mary’s, near Dartford, for their first away game of the season. A top of the table clash.

Everyone made the journey in good time apart from goalkeeper Nader Meradji who, as usual, cut if fine. It was an unseasonably warm autumn afternoon. The spiky conker shells along one side of the pitch were a concern for those who liked sliding tackles.

The kick off was delayed due to awaiting the referee (something to do with him needing to buy a new pair of trainers…).  Tiffs filled the time trying not to land too many misplaced practice shots in the busy main road right behind the goal or torpedo the pack of chihuahuas being walked close by.

When the game finally got going Tiffs suffered an early setback when captain Charlie Hughes had to limp off with a knee injury following a heavy tackle.  Shortly afterwards, however, Tiffs went ahead. Wesley Bishop took an excellent corner and James Khajenouri rose like a salmon to head home at the back post.

The rest of the first half was a close, hard fought contest. At one stage Khajenouri was wrestled to the floor in a headlock WWF style by the Old St Mary’s centre back and a melee of handbags ensued involving most of the players on both sides. The ref blew for half time which allowed everyone to calm down.

In the second half Tiffs scored three more; Zeki Akdeniz, Tom Flynndinho Jr and the returning Stevie Dyer getting the goals. Tiffs should have had another but Akdeniz somehow managed to hit the post from only centimetres out.  A dubious free kick led to a consolation goal for Old St Marys near the end.

Tiffs reflected on a satisfying win over sausage and chips in the beer garden of The Black Horse public house before making the long journey back west. 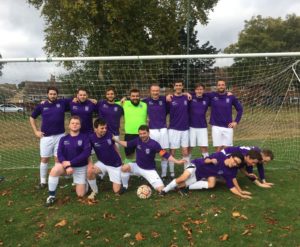