On paper this was a strong Vets line up, however playing on grass means anything can happen. As it turned out such was the performance of the team the government swiftly introduced Tier 4 restrictions in the fear large crowds may gather in the future to watch.

The talk of 3 5 2, in the past a mere pipedream, became reality. Players passing the ball to were they wanted it to go, players in space to receive the ball and again make a pass that found a teammate. Right from the start things looked and felt right and a performance was on the cards.

Strollers had the first chance, the Cat thought the ball would make it into his area, so stood and waited, however up hill and in the wet the ball slowed and never made it. The on-rushing striker shot just wide. Could have been embarrassing!

Shortly after Tiffs took the lead. Hands up if you can be offside from a  goal kick? Put your hands down Strollers defence, Michael B and more importantly the referee knowing Law 11 means you cannot be offside directly from goal kick was given the freedom of Walton Cricket Club. His calm finish, and freshly trimmed beard, was a joy to behold.

Now the brakes were off, Tom on the right was causing mayhem, if not scoring then setting up the goals. Tic Tac football, a more minty refreshing from of Tiki Taka football was on display. Goals from Tom, Jed, Paul K and Ben all coming from sweeping football moves. Wing backs Moodley and Baile finding it easy to push forward, we were going downhill! Carlos in the centre of midfield pulling the strings, whilst at the back Naylor, Markham and the impressive Owens had everything under control. John Owens making several timely interceptions.

Half time and what do you say when things are going so well! Lots in Baile’s case, always asking more from his players. 5 – 0 to the Tiffs at the turn!

Second half and more of the same, an own goal followed by a Kinchin thunder bolt made it 7- 0. Kent had done so much running his boots gave up their sole and he had to come off. Earlier Phelps had blasted over again when finding himself in a scoring position.

Dave H, after dipping his toe into the managerial waters last week, appeared from nowhere and made 4 changes, 6 fewer than he normally likes to make. Sniffer’s Christmas spirit got the better of him and  in the season of good will under no real pressure he buried a header into the top corner! 7 – 1, surely the fightback was not possible. Minutes later a deflected shot, off Sniffer again maybe, looped over the keeper to lop him on his own goal line.

Time up, and the final score 7 – 2 to Tiffs, however the performance was truly special. Socially distanced beers were enjoyed and until next time, when ever that may be, a Merry Christmas and a Happy New Year to you all. Great to leave 2020 on a high!

Man of the Match brought to you by Smart Kids in Town: 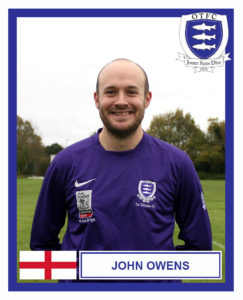 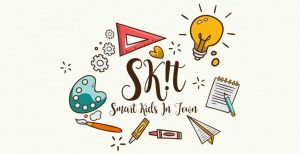