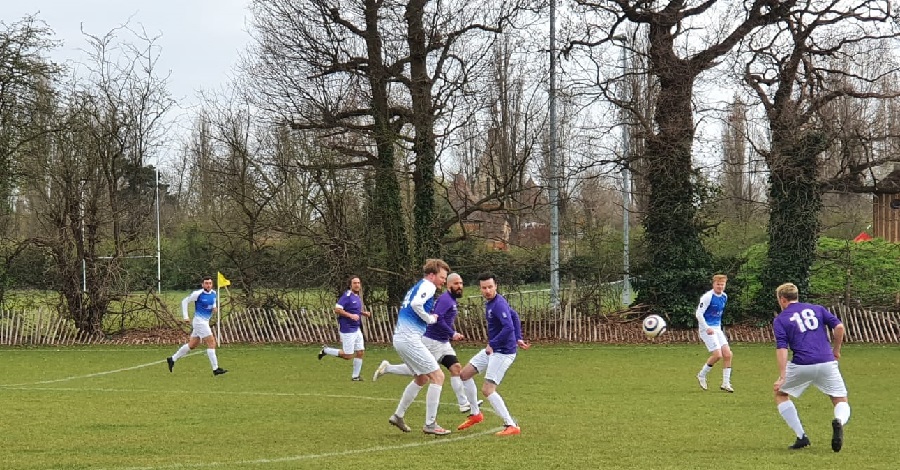 119 days is a long time. According to google 119 days is the longest that anyone has survived in an upturned boat at sea and I have no reason disbelieve, or even verify that fact.  On the other end of the scale, 119 days is the shortest time a British Prime Minister has spent in office (George Canning, April to August 1827 in case you were wondering).

The lack of football was was clearly being felt all across OTFC, not just the 4’s, and player availability was through the roof.  Normally a list of 23 players to choose from would lead to tough managerial decisions, with some delicately worded messages letting someone know that they were too old and rubbish to make the team.  But this week was different.  After 119 days of waiting the footballing gods had smiled on AFC Division 7 South and the fixture computer had churned out a double header.  Back to back games of football and the ability to field two entirely different teams.  Much debate was had back at OTFC 4’s HQ about how to go about this, and in the end it was decided to try and make 2 fairly balanced squads, sprinkling stardust and ageing legs evenly across the two.

With 119 days of preparation, no stone was left unturned, research into the oppo was undertaken, searching out weakness and areas to attack. The league table doesn’t lie, Tenisonians were top with 8 straight league victories and no losses, whereas Tiffs were at the other end, with… err… fewer wins and more losses.  (A near mirror of AFC Division 6 South where Tenisonians sit dead last with  no wins and OTFC 3’s are just 3 points from top with a game in hand.)  Clearly their main weakness would be complacency, a paradoxical area to target – the better you are, the less complacent they become.

So OTFC 4’s sprung their trap, they played terribly in the first game, lulling Tenisonians into that feared state of complacency, gallantly sacrificing themselves in the hope of allowing the 2nd team to pick up points in part two of the double header.  Did it work? In a word, no. No it didn’t.

Another 6 points for Tenisonians.  Not to worry, the fixture gods have laughed at our fate and spat out another double header for our next fixture.  Luckily, it’s just in 7 day’s time.