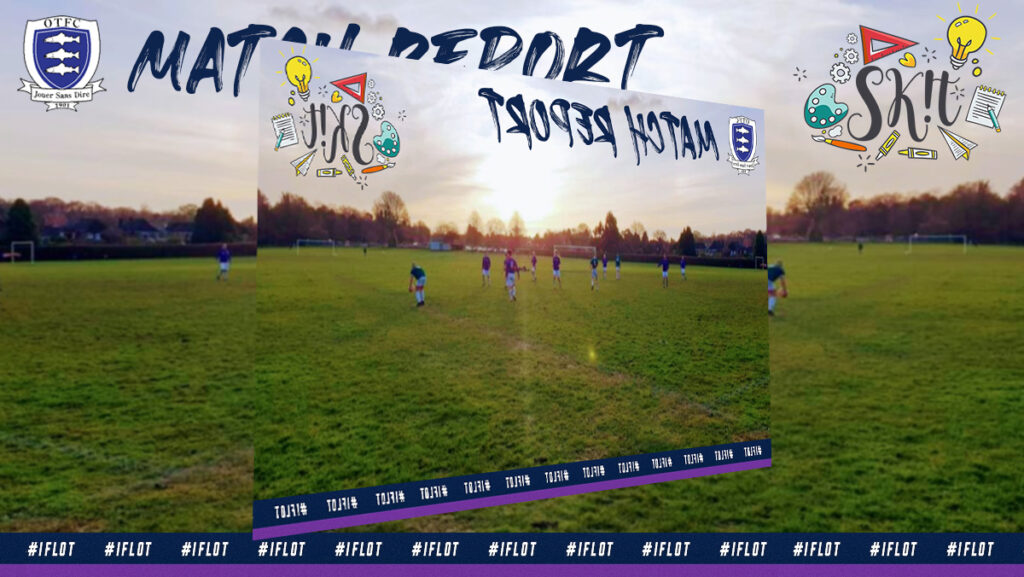 Jed Butcher (Becks) had returned from Ibiza not with a just a 6 pack, but 8 for a fiver! His new massage gun had been pumping on overtime! Kim had a go in the changing room before the game, and as a result of what we witnessed everyone could be on it next week. Kinchin (Vinnie) missed last week so was on a mission to get stuck in against his old club.

Tiffs started the better and were enjoying most of the possession and territory Becks, Oscar and Barnett were everywhere and following a quickly taken free kick Dave H saw is shot well saved. Following last week’s disaster in goal Ben (Benetti) must have given his gloves to Jason. Unused and still slippery in the wrapper a straight forward cross slipped though his hands and Meads took a shock lead. Tiffs responded quickly with Smith firing home.

Vinnie had been running around kicking everything that moved, Smith thought it best to stand still, the free kick count was adding up. Poor Jones, playing well in defence, found himself in the Ref’s book after his first infringement, Vinnie was free to continue his one-man wrecking ball crusade! He starts work on the Meads changing rooms next week.

A good move down the right saw Meads take the lead again, shortly after they had increased their lead to 3 – 1. Baile’s record of scoring an own goal every season continued. A mix up in defence saw Jason’s clearance smash of Baile and back into the net. Tiffs pulled one back before half time as Sniffers long range effort could not be held and Harry the fox in the box reacted first to poke it home.

Half time and a chance for a breather. Oscar had enough and was off, without the IT skills to leave the WhatsApp group he should be back next week! A change of formation and personnel. Kim entered the fray. Carrying a hamstring injury, imagine if used both his legs! He was beating players for fun, pace and skill. 35 yards plus from goal Dave H won a free kick. Carlos (Roberto) steps up and with curl and dip stuck it top bins! Unbelievable Jeff! Kim carried on his driving runs and won a penalty, the High Wycombe Pele stepped up again from the spot and smashed it home. Tiffs in the lead and Meads in shock.

Tiffs had the best of the second half, Kim only being stopped when kicked and tripped to the floor, a Meads player went into the book. A mix up in defence and rebound of the bar saw Meads equalise before the death. Still time for a goal mouth scramble with Harry and Sniffer just failing to force the ball over the line.

Both teams disappointed with a draw suggests it was a fair result. Warm showers and cold beers after. Carlos’s goals earn him the POTM but the fan will be paying to watch Kim play more, that’s £1 you owe us Ben. The Vets remain undefeated in the league this season.