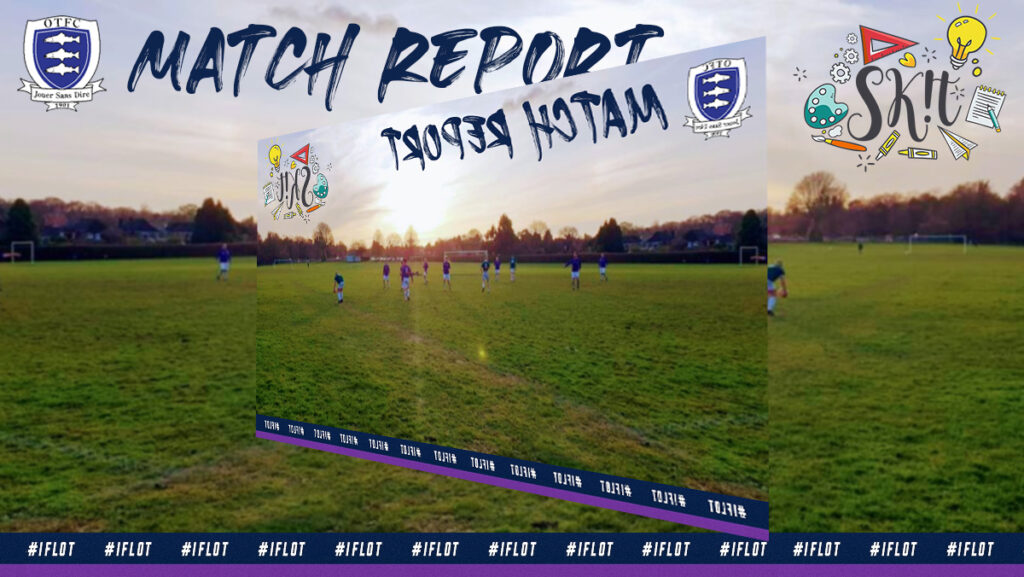 The general IQ within the Old Tiffs Vets ranks moderately higher than the average West London Vets roster of teams. Yet intelligence; age and a passing resemblance to Noam Chomsky, has little or no significance on the hallowed footballing turf.

Away to Old Meads one is just grateful to escape their changing rooms that were designed and fitted out by a German Kaiser on 3 month boating sojourn in Chiswick.

Relieved and slightly enraged the Old Tiffs contingent saunter through various passageways and crevices to reach the pitch. Jed looked lively after playing around with a tool that looked like the sort of fancy apparatus modelled on an 18+ website.

Michael too, did his best impression of an elite whippet sprinting up and down the sideline before the ball had even been touched.

To be fair to Michael he didn’t touch the ball much but that wasn’t necessarily his fault. Old Meads seemed a little younger than usual, hair with colorant and Alice Bands seemingly all the rage. They obviously had a plan from a notable pre-match warm up that would have left the greater part of the Old Tiffs contingent exhausted.

Electing to channel all their passing towards our creaky disheveled right back proved instantly rewarding and Jayson gifted Mead’s endeavor with an early Christmas Present. The ball slipped through his sizeable hands like a knife through butter.  A rare mishap from Jay however this was a farce that turned into a tragedy as numerous mishaps at the back allowed Meads to score 4 goals on the day.

To be fair to Meads they too were equally trash at the back but still it took a little magic from our very own Carl “Carlos Beckham” who scored a sublime freekick then a penalty kick as Kim is bundled over for the umpteenth time. I am not sure what occupation Carl Carlos has, but if he is not an undertaker or pall bearer then he has perhaps missed out on his true vocation.

Apologies if your name is not Kim Kim, but after working myself through various names on the day I thought this one suited you the most. I/we thought you were terrific and a real contender for MOTM if only anybody could recognize or remember your name on Teamer!?

Anyways the game ended at 4 apiece as Meads capitalized on some lackadaisical defending.

Notables: Great to see Ben on the touchline adding his support. He must have been terribly glad he was injured and missed this one out.

A good ale and chat post game and we all flaccidly retire home.