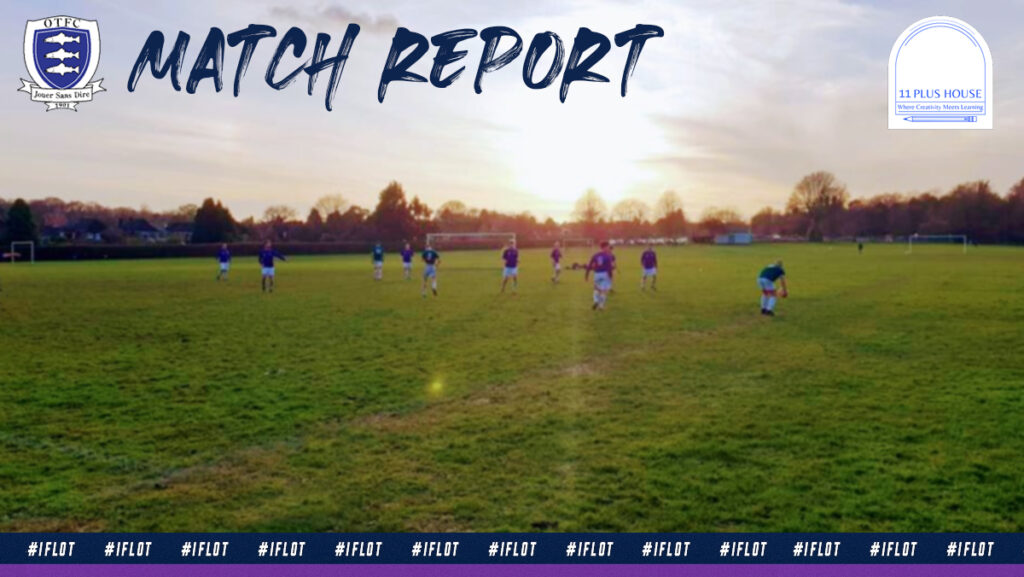 With the money men’s firm grip over our beautiful game, we bring you Friday night vets football, under floodlights on the football pitch equivalent of Buster Gonads. Especially unfair in the context of Vets football because our eyes simply can’t see from one end to the other.

Tiffs shaped up in 3-5-2 formation full of purpose and intent. Game began with Ascot knocking the ball about, clearly comfortable with the surface and the space. Let ‘em have it there, no problems. To be fair, Ascot then created the initial chances and Clinton pulled off smart saves. But un-phased, Tiffs grew into the game. And for all Ascot possession, Tiffs quick balls forward  caused problems. Yasin was strong upfront, alongside a mobile and tricky Tony. Hard to recall exactly how many chances Tiffs created but they came thick and fast but regrettably went by the wayside. But it stayed positive. Belief grew. Even when Ascot finally breached Tiffs defence, no matter, we’ll get back into this.

Half time talk was of shape, belief and fancying it. And whatever was said, it worked, Tiffs came out and dominated the second half. We’d got the measure of the surface, the floodlights, the pattern of play and the Buster pitch and for a good spell Tiffs dominated the game -the only thing missing was the goal. And as we know only too well, if you don’t score when you’re on top, the Oppo will break and sneak one in. And so it came to pass.

3-0.  But you know what, Tiffs lost none of the belief. Nobody gave up. No one threw the towel in. We went at them again. And this time, finally, we got our goal. Nice work on the left by Al and Tony, set up Yas, who stuck it away. 3-1. Game on.
Tiffs went at Ascot again. Ascot were Stevens (shaky!). They didn’t fancy it. Tiffs probed and pushed and asked questions. Yas smacked one from 35 yards, crashed against the foot of the post. Some things I guess just aren’t meant to be. As we drew into the closing moments of the game, Tiffs grew leggy and Ascot hit us on the counter. If there was a suspicion of offside for the fourth goal, there was no such suspicion for their fifth. It was a country mile offside and Kent made his feeling known to the Lino. Nicely put John.

Hard to pick out a player of the match. Mark in the centre grew stronger as the game went on. Tony worked tirelessly upfront and pressing, Al was effective down the left, Clinton was great in goal. Steve & Conrad never gave up against a Jimmy Bullard lookalike. But Yas upfront played his best game so far this season and caused them all sorts of bother. A deserving POTM display.

Well played all. Take a lot of positives from that. And soon I’m sure we win get the results we deserve. Thanks all. Enjoy shopping with the missus this afternoon!