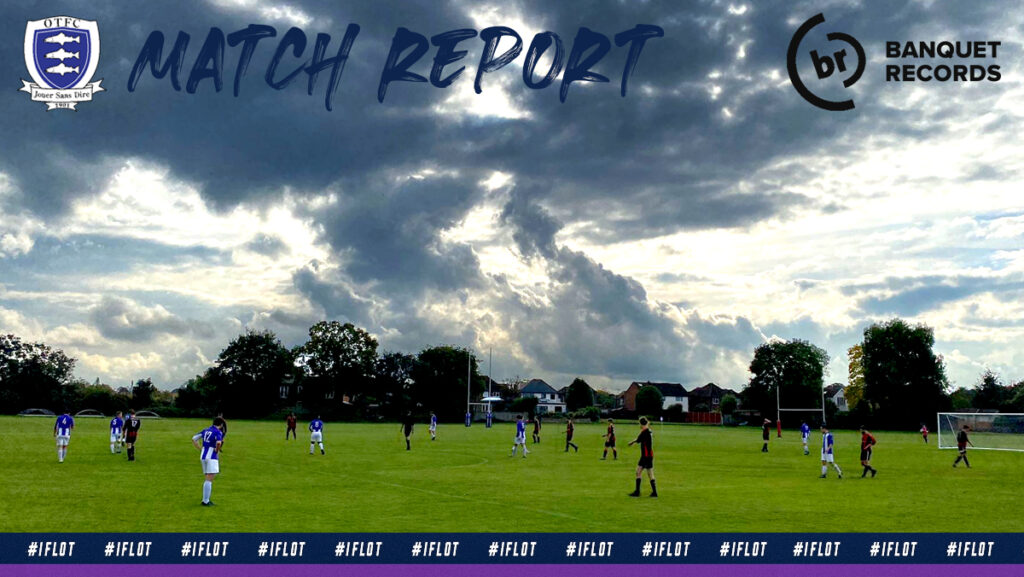 Back at Fortress Grists once again, the purple good guys were looking to extend their winning streak to three against Old Whitgiftians. After a strong warm up and yet another naming circle for the benefit of one of the more experienced members of the defence, the T’s were ready for kick off.

For the second week running, they were fast out of the traps and took the lead thanks to Olly Cripps after just four minutes. The home side played the better football from the start, and before long it was 2-0, as Matt Hucks was the first to react to finish a loose ball parried by the Whitgift goalkeeper. Buoyed by his close range finish, Hucks was determined his next goal would be special, however his volleyed crossbar strike and then an optimistic bicycle kick kept the lead at two. However this would change shortly after as a well worked team move from back to front put Sandy through in the box, and he selflessly squared the ball across for Jordan Owusu-Adu to tap home.

Sidelined captain Will Forsyth was determined that this would finally be the week the T’s would start a second half on the front foot, but the boys on the pitch went with the if it ain’t broke, don’t fix it attitude. The slow start allowed the visitors into the Tiffs penalty box on a couple of occasions, and after being held out by the Old Tiffs defence for 63 minutes, the visitors eventually got on the scoresheet from the penalty spot after a tangle of legs between Ollie Robini and the opposing striker. Thankfully, the referee rightly refrained from showing a red card (after being reminded about the financial repercussions thanks to Seb Rose).

The Purps now just had to calmly see the game out. Some form from the first half thankfully returned as they created a couple more opportunities to extend the lead; most notably Hucks unlucky at the back-post with a stretched finish and Sandy’s shot from range which, although it drew premature applause on the pitch, smashed off the underside of the crossbar.

In the end, 3-1 was enough to secure a well deserved win, and the good guys will now be hoping to take their impressive league form into the cup next Saturday.#