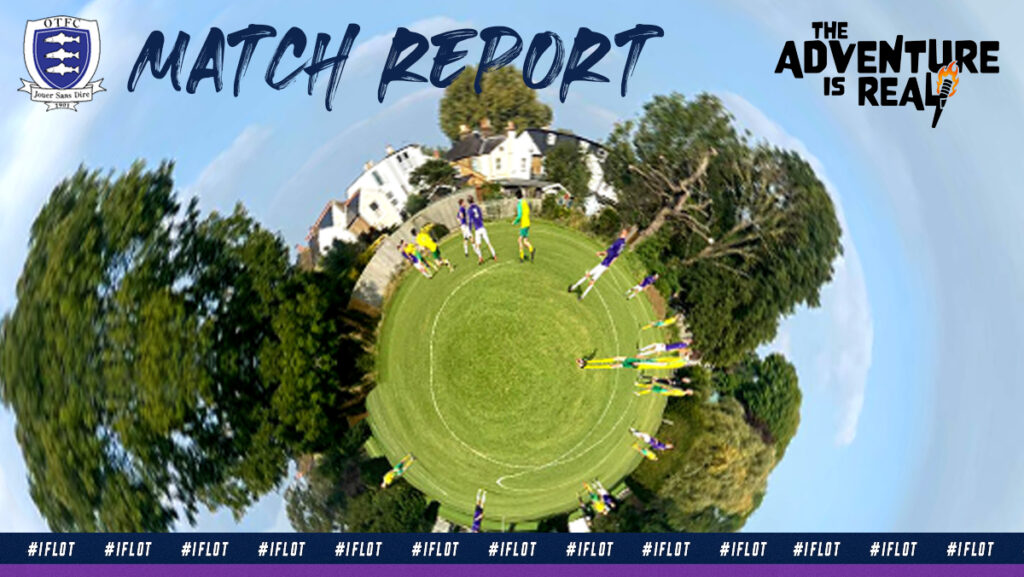 14 players – you will be playing as Old Tiffinians Football Club

Old Tiffinians FC are an amateur football club playing in the AFC Leagues, their home ground is based in East Molesey. Old Tiffinians FC are on the up with multiple sponsorship deals signed, an ever expanding club base, a new women’s team and an additional veterans squad added this season. For your mission to be a success you must defeat the OPPOSITION (Dorkinians FC) ensuring Old Tiffinians FC league success to match their commercial success. This will take you one step closer to your personal aspiration of managing a Premier League football team.

You select your live action performers:

You select “BEN” as captain

Knowing the importance of inspiring your live action performers, you immediately instigate TEAM TALK this time you keep things simple

Not done yet, you select GAMESMANSHIP OPTION the two teams swap ends – you are in their heads already and you know it… this time PREMIER LEAGUE FOOTBALL GAME will be yours!

The ball is won and lost in midfield, the Dorkinians FC attack have few chances, those that come are quickly neutralised. Old Tiffinians FC have equal possession but better chances. “BEN”, “BAMBI” and “KHAJ” take the “attack is the best form of defence” approach and soon Old Tiffinians FC find themselves with an opportunity. The ball falls to KHAJ and within 20 minutes Old Tiffinians FC are ahead.

You fist pump the air, this is more like it… you put this great start down to your own great leadership and gamesmanship.

Live action plater “WHITTICK” without having had much to do until now decides it is hero or nothing, after being instrumental in the previous game and with hero status on the line starts to put in some big defensive tackles. Alas one tackle too far and “WHITTICK” signals to “BEN” for some time on the bench.

You have a look at your bench

Old Tiffinians FC restart and look shaky after the change, Dorkinians FC press high and steal a chance. “STEVE G” casually mops up the danger and finds “DAN” on the wing. Old Tiffinians FC rebuild their confidence on the ball and start their passing game again.

As the game restarts there is much of the same, Old Tiffinians FC  look dangerous, but fail to keep solid possession. Dorkinians FC look like they might threaten, but fail to do so.

As the half progresses “DAN” decides enough is enough, takes the ball on, takes Opposition 3 on, beats Opposition 1 and doubles the lead as quick as a flash

PLOT TWIST – Play resumes and Old Tiffinians FC take possession into the Dorkinians FC half. The ball goes out of play, “OLLIE” throws the ball, Opposition 1 watches the throw and selects in-game option LOSES HEAD. “MAN IN BLACK” enters the game reluctantly and looks into his armoury… “MAN IN BLACK” sees three options: the widely used value for money yellow, the vastly overpriced red and little used blue cards. “MAN IN BLACK” selects the little used “BLUE CARD” option and Dorkinians FC are reduced to 10 men for 10 minutes. Opposition 1 seems content to play out LOSES HEAD option until he has gained his monies worth on the side of the pitch.

Straight from the kick off there is a tackle, there is a scream, there is a momentary pause and “BEN” decides he “doesn’t want it” anymore.

BREAK – NOTE TO PLAYER – Clock pauses for 5 minutes, please ensure your computer has battery life for another 45 minutes, you have time to regroup, think about your next step and make any required changes

You are confident… this game has gone far better than the last few… maybe your dream of playing PREMIER LEAGUE FOOTBALL GAME is coming to fruition after all.

Old Tiffinians FC kick off however they are a little shaky from the start. For the first time in the match Dorkinians FC have better possession and seem to have more time on the ball. The initial period plays out in this manner with Old Tiffinians FC chasing the game.

Despite being down a man, the Dorkinians FC players are in control. They see out the blue card period.

The one source of attack Old Tiffinians FC have seems to be through corners. on a number of occasions the ball is played in however each time the Dorkinians FC defence are up to the task and defend.

With players returning to the field, live action player “TOMMO” seeks his opportunity and takes the game away from Dorkinians FC

You relax, you sit back, you light a cigar, pour a glass of red wine and check the time… PREMIER LEAGUE FOOTBALL GAME is surely yours for the taking now… with a pang of delight you throw caution to the wind and send your defence all the way up the field

There is a corner “STEVE L” floats another ball into the box. it hits the same mark as it has done all 75 minutes so far “DICKY” is finally ready.

Live action player “TOMMO” sees what is about to happen screams at live action player “DICKY” for lumping the ball forward… reaching the fourth letter of four, “TOMMO” stops shouting and concentrates. the 40 yard aerial ball is met by a 30 yard volley,

GAME OVER – Congratulations. you have won Amateur Football Game *** FREE EDITION*** you are now able to move to the next level –  PREMIER LEAGUE FOOTBALL GAME – please set up your team.

In a fit of emotion you steady yourself. You think carefully about this and choose to ignore the more obvious options. Instead you decide to create your own team. you think about this and decide to create your own backstory… how about a forgotten club, a club with a long pedigree but years of perceived neglect. You will need a fanbase – perhaps a one club city. You will need pedigree – perhaps the very best of England strikers as an ex-player. You will need a pantomime villain – maybe an ex-owner. You will need cash… lots of cash – as this is only a game it really doesn’t matter where it comes from! Deciding a name for your club is going to be easy, feeling nostalgic about your success at the mighty Fortress Grists you decide to call your club “Newfortress”… no wait – NEWCASTLE