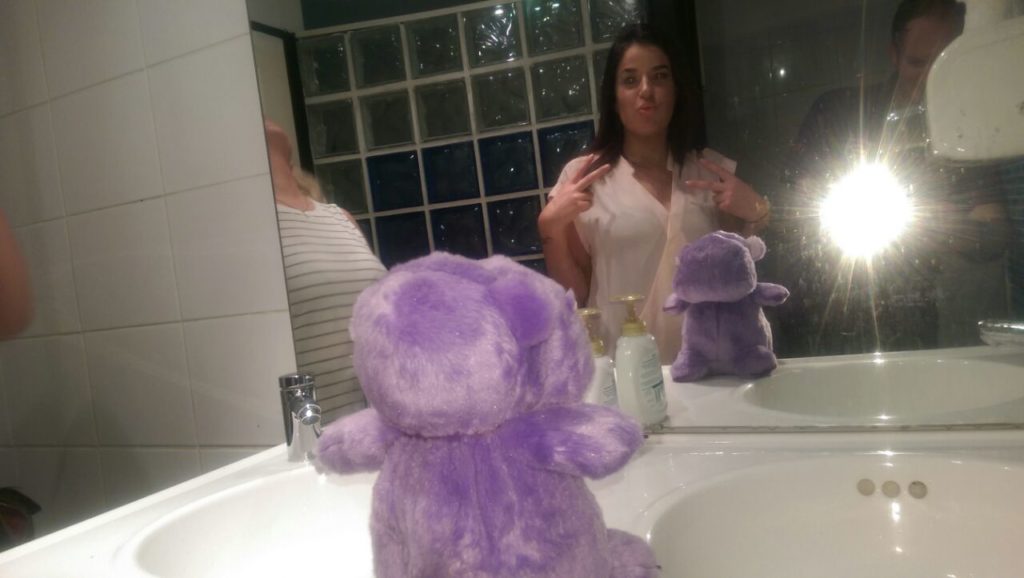 The challenge was set to get the best photo with Horace, as determined by an external judge.

Who is Horace? See below for further info.

Congratulations to Mr Bostelmann for conspiring to create the best Horace photo!

All entries have been marked based on access/ difficulty to achieve, how much it made me giggle and creativity.

3rd place: cockpit shot. (Kimber): Great efforts for getting in there, let down by the lack of imagination/staging once in

2nd place: interview at Ajax. (Bostelmann): Made me giggle, reasonable attempts at staging, quite effective. Lighting could have been better.  Perhaps a touch obvious, but the best of the more obvious shots options.

1st place: the mirror shot. (Bostelmann): Largely because it was so unexpected!! Assuming you managed to break into the ladies loos, therefore some access difficulty, involving other people also scores points there. Made me giggle and a very creative composition. WINNER!!

Well done to all who entered. I hope Horace has had an awesome time. Unfortunately he hates Amsterdam. But he does love Tiffins!

The exact origin of Horace the Hippo is unknown. Some say he was found on the doorstep of an orphanage in Eldoret. Some say he was genetically engineered in the bowels of an Oxford (Brookes) laboratory. What we do know, however, is that he was lovingly adopted by OTFC in Brussels, August 2014.

There are a few simple rules for Horace the Hippo, all of which were sworn into upon OTFC’s adoption of the capricious mammal. Each of these rules must be adhered to at all times… Those responsible for breaking any rules must face the wrath of the Fines Committee (as Mr Dickenson can attest):

Hypothetical encounter of a Horace enquiry with a non-Tourist member of the public:
Airport Security Staff: “What’s that?”
The Guardian: “Hello young man. This is Horace the Hippo. Horace hates flying but loves swimming”.