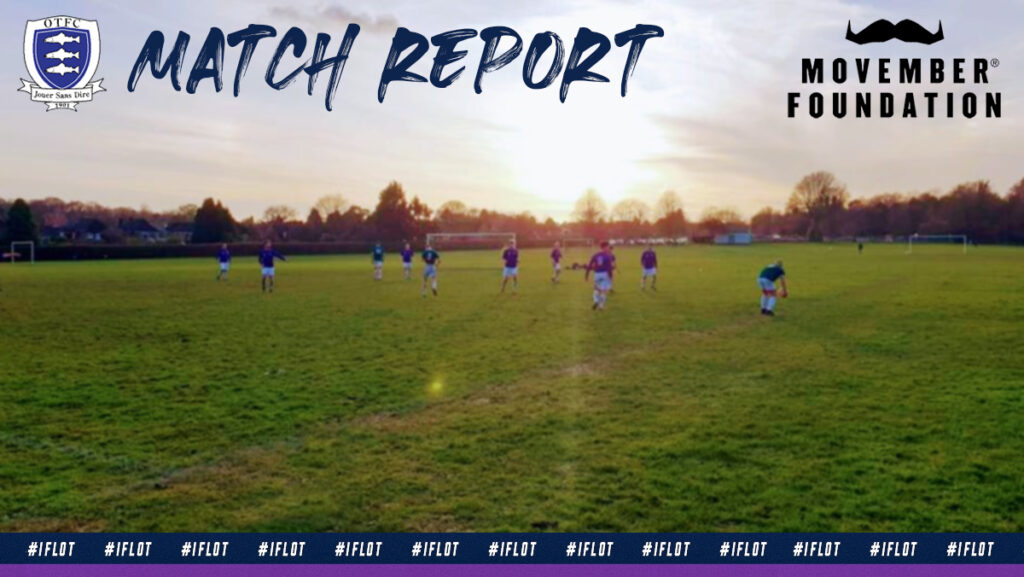 First game of the season, and what a game it was to get things started.

Old Tiffs got off to a great start with a corner goal from Pepper, leaping up in the air like a prime CR7. Shortly followed by another goal from Pepper after Luca forced a parrying save into the path of the Old Tiffs striker from an attempted curved shot.

Old Guildfordians came back though, scoring 2 goals, one from a free kick and another from open play.

The stalemate didn’t last long though as Pepper hustled off scraps in the box and once again put Old Tiffs in the lead.

Then in came Todd, in his first game in several years, swooping in back post like a bald eagle and beating, the admittedly small keeper, with a looping header. Half time and it was 4-2 to Old Tiffs. Most of the half time team talk was congratulating ourselves for our performance, more of the same! Except no need to pressure high, we don’t want to tire ourselves out.

Second half Old Guildfordians were hungry to get back into the game. However, Old Tiffs’ defence stood firm; Jason, Dom, Al and Jonny playing like Italy in 2006.

Old Guildfordians’ pressure took its tool in the end though, a through ball to their striker was enough for him to get behind which lead to a goal. 4-3, game on! Then the biggest chance in the second half for Old Tiffs came, it was a counter attack lead by Luca and supported by Del, the striker accompanying Pepper. Luca was in the box and spotted Del in acres of space. The pass was just behind Del so he couldn’t quite catch it but he kept it and fed it to Tim, who agonisingly hit the post, inches away from getting a crucial 5th goal.

Many things were said after the game about this chance, Luca should have been more selfish and shot instead of passing, Del could have leathered it. Who knows how the game would have finished if that chance was converted. Hindsight is a wonderful thing.

Last 10 minutes, everyone was digging deep, wanting to get a 3 points that had not been achieved even once the season prior. Then, the worst possible outcome possible happened. Another corner, and another goal from a corner. This time the Old Guildfordians’ player making contact with the ball.

Shouts for a free kick on Nader, the keeper, did not come to anything. 3 minutes left, the momentum with Old Guildfordians. The final whistle blew, a classic match between two very well matched teams. For Old Tiffs it felt like a loss, but it was progress on last season. That’s for sure. Also, we looked like a team, no one played badly and no one played exceptionally better than anyone else. It was one unit, one organism with one objective.

The confidence is high going into the next game, especially with the team spirit high after the result.

Player of the Match brought to you by the Movember Foundation:

And this is not him…