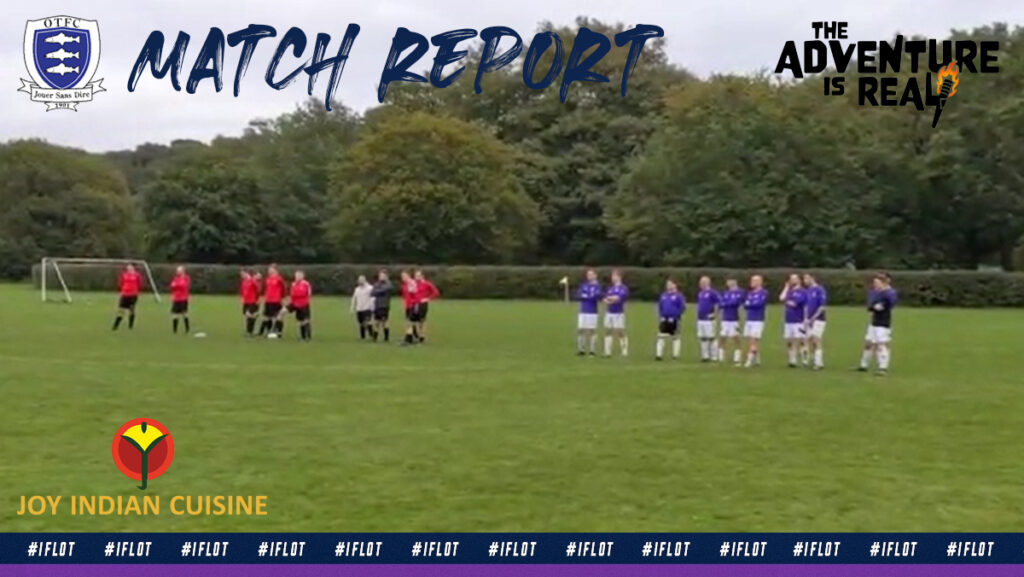 Haunted by the now-infamous Wandsworth ‘ghost goal’ from earlier in the season, Tiffs had a chance to right the wrongs in the London Old Boys cup.

A sparse squad turned up to Richardson Evans due to many conflicting brunch plans, the 2s resorted to drafting in talent from the 3s, the Vets and blooding debutant Ali Drury who we managed to convince to drive down from Reading for ‘90 mins’.

90 minutes, it turned out, was an understatement.

In the opening minutes, the purple people were ALL OVER Wandsworth. Slick passing, passion and fire to get to the ball first, bossing the midfield from Josh White, Ali Drury and Khaj J. Khajenouri. The pressure showed in the first goal, Josh dancing round a couple of players and poking perhaps his tamest shot of the season towards the keeper. The keeper clearly misjudged the snails’ pace roll of the ball letting it pass straight through his legs into the net. Starting as we meant to go on.

Sadly, a few minutes later, a hashed Tiffs goal kick led to a careless hack down which led to a free kick into the back post that the Wandsworth winger got a boot to first to claim the equaliser. Unhappy with the situation, Tiffs rallied. Khaj – again confident of his hat-trick potential – took advantage of some great crossing and headed two clear cut chances wide and pinged another rasping shot just shy of the crossbar. Dicky Bostelmann then decided we’d had enough chances and climbed high from a corner to bullet a header into the roof of the net. So Ronaldo-esque was the power on the header, we think there’s now a permanent Nike logo from the ball imprinted on his forehead. 2-1 at the half.

Following a BIG team talk from the stand-in skippers Nichols and Hogg, the Ts continued the second half as they ended the first, with more chances – but none going the right side of the posts without the whistle going. Another smash header from Dicky called back for a questionable foul in the build-up – arguably this match’s ghost goal that could’ve been.

Wandsworth equalised again from nothing through a fairly impressive bicycle kick (Zak Lewis was taking notes as the ball sailed over his head at the back post into the top corner), and we were all square. Cagey and increasingly tired football ensued – the threat of extra time and penalties was a motivator for both sides to create chances, but also took it out of players’ legs. Wandsworth’s winger was exemplary in this, specifically subbing himself on for 37 seconds, making a beeline for the corner flag, losing the ball and then subbing himself off again.

No more goals came and we were headed for extra time. A few chances for both sides – a series of strong saves from Tom Nichols in goal, and a few clear chances scrambled away by Wandsworth the other end. Still no more goals came. All the other fixtures at the ground had finished and the men in purple and men in red cast lonely figures in the increasingly fading night. Spot kicks were inevitable.

Wandsworth won the toss and controversially chose to take second. Nichols’ eyes lit up as the chance to be the hero. Khaj’s eyes lit up at the chance to take the first penalty. Khaj – still referring to himself in the third person – confidently placed the ball to the keeper’s left, who got down to it, celebrated as he saved it, and then bizarrely palmed it into his own net off the post. Wandsworth banged their opener straight down the middle. Josh lifted his over the bar (and likely still rising). Nichols gets a foot to the next one but can’t get the ball out from under his feet before it inches over the line. Very strong penalties from Justin and Ali before Nichols’ repeated attempts at mind games get the better of the Wandsworth ‘bicycle kick’ scorer. Pointing to the left corner, Nichols stays put as the ball ricochets off the bar. Al coolly buried his and we’re 4-4, into sudden death.

Both Tiffs and Wandsworth are down to the defenders (and the injured) to take penalties…but Sniffer doesn’t believe in pressure and immediately slammed his home. A good guess from the keeper kept Dan Jackson out, but Nichols was up to the challenge, a huge roar let out as the scores stayed level.

Sadly someone has to miss in this cruel lottery – and it was sadly Tiffs again. Zak’s penalty was saved and Wandsworth’s centre back buried his penalty into the stanchion, sinking purple hearts and sending Wandsworth into raptures. 6-5 on penalties.

To add insult to injury, the game had gone on SO long that the groundsman had turned off the hot water for the showers. We might have gone home / to the pub dirty, but we kept our heads held high. Losing after 120 minutes and then that deep into penalties hurt, but for much of the game was perhaps one of the best performances for Tiffs 2s in recent memory. Great signs for next week. We’ll see you in the league for round 3, Borough.