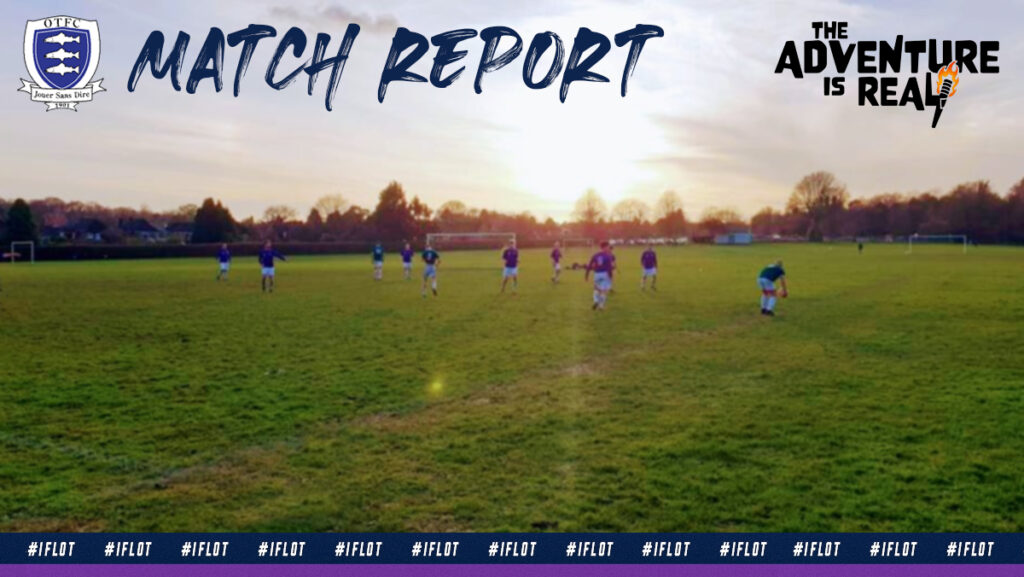 It was hot. Unusually hot. Extinction Rebellion hot. The heat, however, was not the most unusual event to occur on this fateful Saturday afternoon.

Oh no, dear reader, oh no, something most unusual was about to take place. An event so disturbing, so paranormal, that Derrick Achora would’ve had a field day if he was still about.

As scary as it may be to some, It wasn’t the pre-match hair chat between keeper Connor and midfielder Jez.

Nor was it the freakish own goal, scored by debutant Tony, to put visiting Wandsworth Borough Fourth’s 1-0 up.

Things were about to get spooky, ghoulish even.

You see, dear reader, Two’s forward Tommo hit a strike so sweet, so perfectly perfect in fact, that it defied the very fibres of our mere mortal realm.

Tommo’s effort was unlike anything this world has seen before. The Two’s. Well. They thought they’d scored. Convinced they’d equalised.

The referee (who was doing his best without linesmen) didn’t give it. “Play on” was the shout!

Wandsworth’s goalkeeper, who had miraculously found the ball in his hands, smashed it down the pitch in an apparent attempt to rid himself of guilt.

So on we went. And, indeed, on went the world, unbeknown to the events that had just unfolded at Grists Memorial Ground.

It became somewhat of a horror show after that. The Two’s found themselves 3-0 down early in the second half.

Joe attempted to save his side from their nightmarish start to the season with a penalty and well-struck goal. However, it wasn’t to be for the Two’s as Wandsworth buried all hope of a comeback with a fourth goal to seal a 4-2 win for the visitors.

We hope to see you next week for OTFC Two’s and The Cup Run.

Player of the Match brought to you by The Adventure is Real: