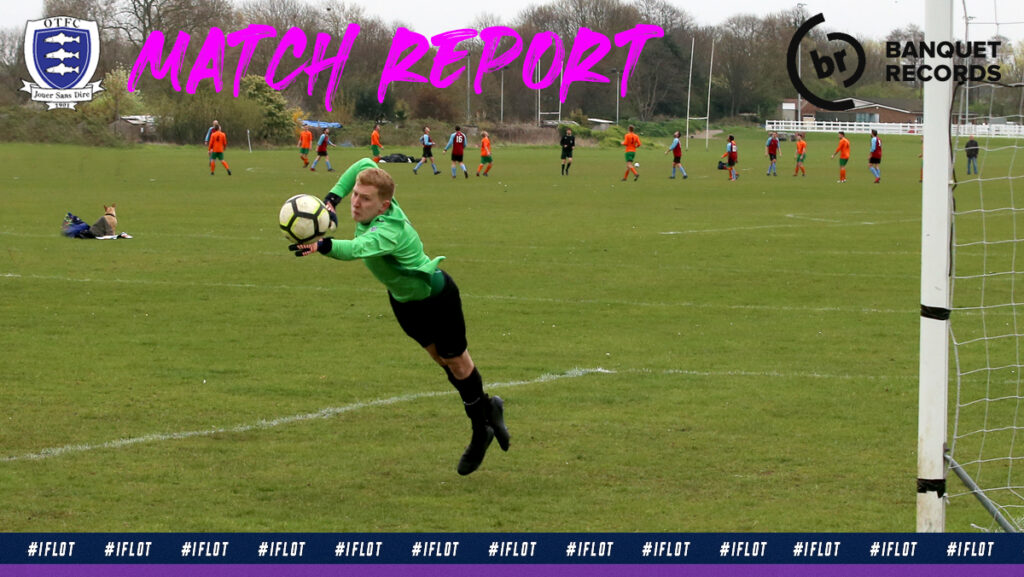 Deep blue skies and all-round good vibes welcomed the Tiffs Is back to the luscious Grist’s carpet for the first league game of the new season. Several squad members had clearly used the Summer break to get their priorities in order as the Selection Committee™ was confronted with such excuses as “I’m going to a gig that evening”, leaving the home side somewhat short of personnel.

In response, the selectors turned to experience. The cultured, authoritative presence of Sniffer was brought into the defence to complement the searing pace of Kimber, who was now hoping to abandon the Slowest Centre-Back In The Team mantle following Nurse Enright’s departure. The midfield was bolstered by Harry, who brought not only some deft touches and a cool head, but also his tactical nous – when told he would be playing the Number 10 role, “what you on about, I’m wearing 14?!” was his bemused reply.

Buoyed by these additions, Tiffs raced into an early lead. Some good build-up play set Hutcheson free in the box and his drive across the keeper kissed the inside of the post before nestling in the back of the net.

The home team were enjoying themselves in the September sun. As ever, they were embracing the club’s core principle of playing out from the back via the composed passing of Sniffer and Kimber, while the energy and tough tackling of Robini and Sammarco at full-back was helping to keep Shene’s wingers at bay. At the other end, the front three of Sandy, Hutcheson and Flynn were linking up to great effect. This almost brought Tiffs a second as Flynn was denied by the visitors’ keeper after a delightful Hutcheson flick had put him through.

Although a magnificent flying save from Rose initially kept the hosts in front, their lead would not last. Birse’s trip on Shene’s striker by the corner flag was deemed one Tiffs foul too many and the ref – an unerring Chris Wilder look-a-like to some – brandished the first yellow of the season. The fouled attacker got up and was there at the near post to head in the resulting free kick.

More than anything, this setback appeared to spur the home side on. Soon after, having won the ball back in midfield, Sandy and Flynn combined well on the left before the latter danced past a couple of challenges and put it on a plate for Birse to slot home and restore the lead. This time, Tiffs managed to hold on until the break, which they went into feeling deserving of their advantage.

The half-time team talk often provides the platform for the man in charge to prove his credentials. Encouraged by his side’s first-half display, Captain Forsyth urged for more of the same, meanwhile cautioning his troops to not let their heads drop in the specific event that they conceded “one or even two more goals to go 3-2 down…”

Sure enough, within five minutes of the restart, the skipper’s prophecy had been fulfilled. Shene’s attackers flew out of the traps and pounced twice on uncertainty in the Tiffs ranks to turn the game on its head and demonstrate to everyone why Forsyth’s reading of the beautiful game is second-to-none.

The hosts’ legs, which had seen many-a-season more than those of their counterparts, now began to tire. If it wasn’t for some more impressive Rose reflexes and wasteful finishing from the visitors, they could soon have been out of sight. But Tiffs held on bravely and were presented with two opportunities to snatch a goal back.

First, Wilder decided to resurrect the long, lost six-seconds rule and blew for an indirect free kick in the Shene box. Kimber stationed himself over the dead ball. Upon hearing the whistle, he would roll the ball left to Sandy or right to Hutcheson for a strike on goal. Wilder blew, Kimber placed his studs on the ball and then, inexplicably, he simply did… not… move… The rejoicing Shene wall advanced and hacked the ball clear from under Kimber’s motionless boot, leaving him to ponder why he had decided that this was the opportune moment to recreate Pires and Henry’s infamous failed penalty routine.

With time ticking down, Sandy then found Forsyth on the corner of the box with an inch perfect diag over the head of the visitors’ full-back, but the Tiffs captain’s curling effort landed agonisingly wide of the far post. On the back of this latest let-off, Shene’s striker went through at the other end to complete his hat-trick and seemingly put the game to bed.

Well yes, in a way. As the home side frantically attempted to regain possession and launch one last attack, a late challenge from Birse was punished with a second yellow card and his marching orders. Then, in an admirable show of solidarity for his midfield partner, Whitaker, who had been booked minutes earlier, followed suit, given his own dubious second booking. Tiffs were forced to see out the game with nine men and the FA’s fines revenue for the game passed the triple figure mark.

When questioned whether his card-happy style was appropriate at this level, Wilder retorted that he saw no reason to referee the game any different to the Premier League. Given the standard of football on display, this certainly seemed difficult to argue with.

The final whistle sounded with the hosts narrowly beaten. Plaudits rang round for Tiffs’ #commitment and #fightingspirit against their more youthful opponents, although there was disappointment at the realisation that they now (probably) sat bottom of the fair play league. Post-match showers and beers were enjoyed in equal measure and POTM was deservedly awarded to Flynn for his tireless running of the line and silky touches up top.

Player of the Match brought to you by Banquet Records: 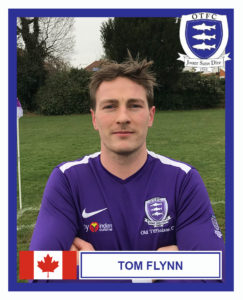