OTFC IIs vs. Glyn Old Boys Vs in the 6 South League 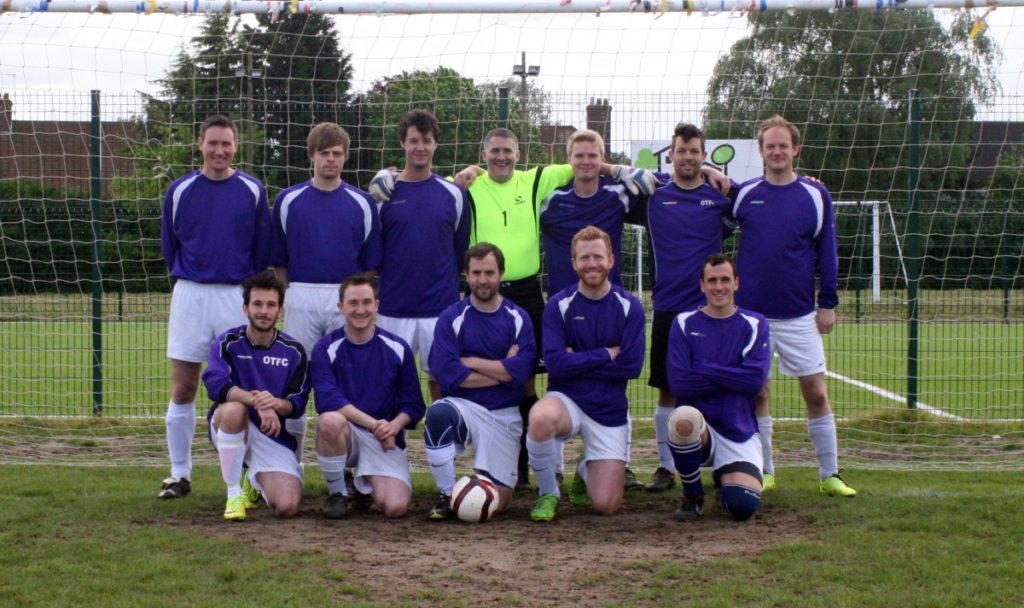 OTFC IIs match report – vs. Glyn Old Boys Vs in the 6 South League:

With a 3 week break for Christmas looming (astutely arranged to ensure the OTFC IIs players are all fresh for Roy Hodgson’s summer selection) it was evident from the uncompromising, Bambi-free warm up that this was a must win game for the Purple Haze. With two players delayed by an inherent inability to read a kick-off time Eman Kazemi was thrust into his first Tiffs start on the left wing, with the ‘Catalan Crusader’ Arnau Giménez stepping into the playmaker role behind lone striker and captain colossus John Harts… Edwards.

Tiffs started well, passing the ball around on an inexplicably well groomed Grist’s pitch, and fashioned early chances for Edwards and Kazemi. Growing in confidence, they were able to force a flat Glyn team back into their own half. Bostelmann, Peake, Lewis and Stephens were strong in defence, dealing well with oodles of hopeful hoofs from panicked Glyn defenders, and Tiffin’s narrow midfield were able to run the game for large spells of the first period. Despite considerable purple pressure, the half looked destined to end goalless until a penalty box scramble heralded a vociferous handball appeal, and the referee pointed to the spot. Forsyth stepped-up to convert and give Tiffin a hard-earned 1-0 half time lead.

The second half progressed much as the first had, with Glyn rarely threatening and the majority of the football being played by the home side. Things are rarely so easy for OTFC IIs, however, and so it proved when Glyn’s best player made the most of a few missed tackles on the edge of the box and promptly curled the ball into the top corner of the Tiffin goal on the hour mark. It was hard on the home side, and after a lengthy winless run it would have been easy for the spirit to dissipate, but after a few crunching tackles from Hollamby and Forsyth in the middle Tiffin regained the upper hand. Hope went close, Edwards went closer, and Peake went for the distant A309 before Hollamby acrobatically flicked a corner into the path of Edwards who put the home side back in front. 2-1.

Tired legs were throbbing in the last 5 minutes with the whole team defending superbly, desperate to end 2013 with a win. There was just time for Hollamby and Forsyth to launch an adrenaline fuelled counter attack – the former setting the latter free on goal before adrenaline ran low and the afternoon’s exertions turned his legs to jelly, firing tamely at the goalkeeper and spurning a two goal margin. A tremendous display and a well-deserved victory for the mauve-men – Alex Hollamby narrowly taking the MOTM vote with every player performing superbly. Up the football league we go.