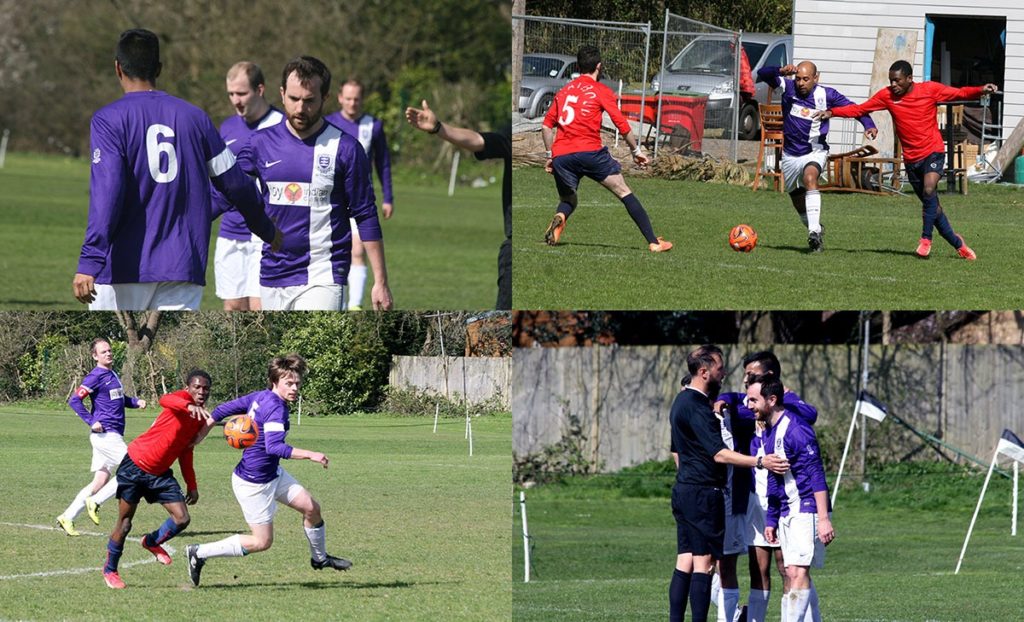 Given previous timekeeping failures by individuals on visits to south east London, the team were given strict orders to turn up early. This warning rang in the ears of Cottee who managed to turn up on Friday night and slept in his van. But this van was not only a temporary home for Cottee, as he used the intervening hours and the van to perform structural propping works on the neighbouring fence. The same could not be said for lone striker Tommo who managed to get the train in the wrong direction.

The pre match mind games began in the car park with the home team deciding not to let the OTFC 2s into the changing room. It later emerged that the side door was open all along with Cottee accepting the blame for not realising sooner. The time in the car park gave the team time to think, never a good thing. Luke made an ominous prediction that the home team would be pacey. His reasons for this uncharacteristic vision were not made clear but his prophecy turned out to be true.

Tiffs started poorly with RSA taking possession, running with pace through the midfield and firing shots and crosses at OT. The breakthrough came after 15 minutes with a shot from outside the box that looped over the despairing keeper. A sight we are all well accustomed to.

Having conceded early in the match the purps were able to create a number of chances in the first half with Tommo hitting the post along with Colin and Will having shots on goal.

Finding this all too easy, Luke decided to throw himself at the opposing striker, getting the ball and the man in the penalty box. The ref pointed to the spot and RSA converted. 2-0.

Tiffs were unlucky to be robbed of a penalty themselves but the ref gave only a free kick on the edge of the area for a handball which was visibly inside the RSA box.

At half time OTs felt cautiously optimistic with the sun, hill and side winds in our favour. This optimism was quelled with a well taken RSA chest and volley 10 minutes into the half to make it 3-0. OTs conceded two more but created yet more chances for Kuldeep, Tommo, Ali and Alex to fire wide/over the bar.

OTFC’s moment finally came with 2 minutes to go. Col fired in a corner designed for pinball and James Kimber converted deftly from well over 200mm.

All in all a poor performance against a strong team, with side winds, sunshine and a long away trip in their favour.

Jason was the standout man with a near unanimous MOTM performance, with mazey runs down the wing and excellent defending.

Special mention to Andy for taking his love of the shirt and everything it represents to a new, physical level.

Two games to go and there’s still a lot to play for, lets finish this second half of the season with the kind of performance we’ve come to expect.