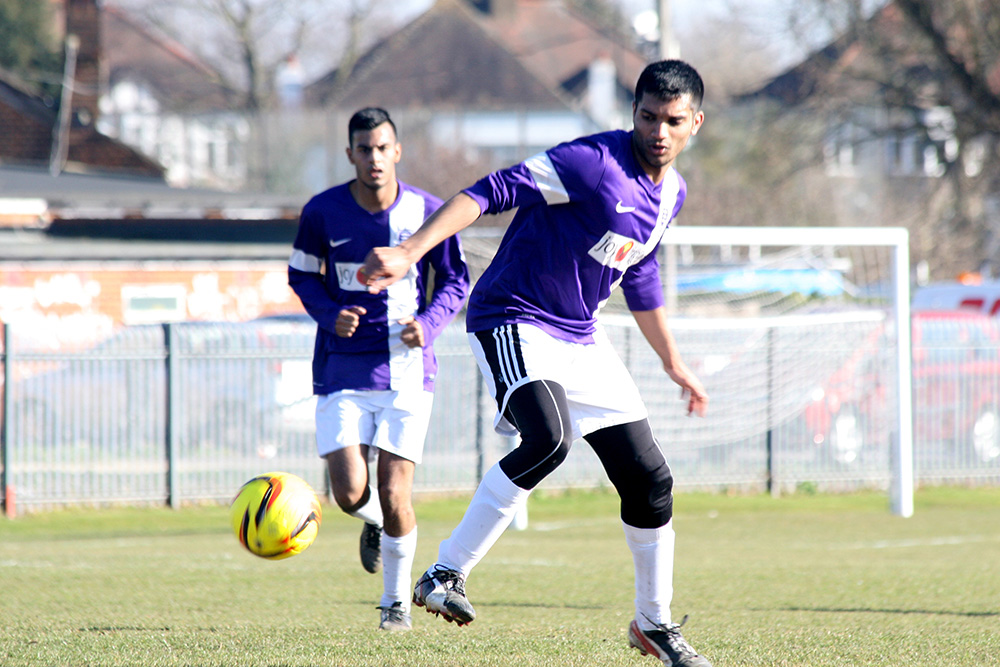 Tactics. Much is made of tactics in the modern game, and captain Dicky ‘insert nickname’ Bostelmann brought a fresh approach to the sunny South East of London this weekend, lining up the OTFC side as he did with a 3-1-2-3-1-4-2-1-2 formation designed to strengthen the core and keep the knees supple.
It worked.

A week of cogitation had followed last Saturday’s swampfight in the Reigate Everglades, and after much musing a plan was developed: a) send understudy VC Will Forsyth to California to garner something from the Klinsmann school of football; and b) do not give the opposition a five goal headstart.

The plan was good, and the team arrived in high spirits having come so close to getting something from the marshes. Or at least some of the team arrived. Traffic had been tricky for those who drove, and as kickoff approached goalkeeper Paul ‘Cottee’ Cotterell found himself sucked into the Catford Vortex: perpetually ten minutes away from the ground but in fact at least an hour away. Odd considering he’d allowed himself a solid twenty minutes to get there from East Molesey.

With our ‘keeper AWOL Dicky’s tactical nous was tested once more, and the lineup was rejigged – centre forward Dave Bettis to start in goal, Tom Nichols promoted to centre forward. Another masterstroke, as within minutes OTFC were in front.

The game started at a good pace, and OTFC carved numerous half chances before Colin Avery’s deflected throughball was slotted calmly into the corner by onrushing centre midfielder James Kimber. A fine finish to reflect a good start for the IIs.

The tactics had been sound, but OTFC are not well versed in the art of ‘game management’. Two minutes after scoring, the IIs were pegged back by a fine header from a short corner routine that no one in defence seemed to notice.

Able to relax having relinquished the lead, OTFC then settled back into the positive passing game that is starting to be the hallmark of their improving identity. Chances followed: another Kimber effort was saved well at his feet, John Edwards had a long-range effort tipped around the post and only some last-ditch defending prevented Tom Nichols, Josh Thomas, Avery and Matt Burns-Peake from changing the scoreline. Bettis was rarely troubled in goal, although occasionally put himself under pressure to pass the time.

Fifteen corners later the breakthrough was made, as Nichols’ persistence robbed the ball from a centre back and tapped it neatly for Edwards to drive a low left-footed effort in at the near post.

2-1 Tiffs, and all felt confident that would be enough to see out the first half. Buoyed by a goal the play had deserved, and inspired by the robust leadership of defenders Alistair ‘Mitch’ Mitchell, Luke Peake, Dicky and the ever-impressive Kuldeep ‘Culdee’ Grewal, the IIs pressed hard for a third to put the tie to bed before half time.

But with only a few minutes of the half remaining calamity struck – Edwards mistook an oppo’s elbow for the ball when challenging for a header, and as he rolled around dazed and trying to stop the sun from further burning his face, the positive momentum was broken. An attacking OTFC freekick shortly after didn’t clear the first man, and the nippy oppo winger picked up the deflection and ran the whole length of the pitch skinning Mitch and Peake before curling an impressive finish into the top corner. 2-2.

Any frustration quickly dissipated however with the site of Cottee sauntering onto the touchline, dressed as though he’d got there on a skateboard. Cottee’s calm demeanour clearly eventually settled the side, but not before he got the warmup he had missed whilst changing for twentyfive minutes on the touchline. Straight from the kick-off the charismatic stopper was forced into service as he rushed off his line to smother well at the feet of an oppo striker.

The second half followed a similar pattern to the first, but with more freekicks. On National No-Handball Day numerous handling offenses were generously overlooked, and instead a freekick was awarded for almost every challenge. Unless it was a push in the back of course.

OTFC toiled to create chances, with Bettis coming closest hitting the post after battling well to create the opportunity. The blinding sunshine didn’t help, as players struggled to see which kit was which in silhouette. Cottee made a fine diving save to keep the scores level but the oppo had few chances as the OTFC were dominating the play.

With twenty to go the hard-working leggin-wearing Thomas was replaced by Nichols, in another tactical masterstroke from Bostelmann. Nichols’ fresh legs and willingness to defy busted testes in chasing down fullbacks was too much for Sedcopians to handle, and five minutes from time he stepped inside his man to send a deceptively soft strike under the keeper’s body from 20 yards. 3-2.

This time there would be no capitulation. Composed play throughout the side led to further chances. Avery was cut down with an impressive tactical foul that saw the only booking of the game, and Bettis almost added another from the resultant freekick. With seconds remaining a sweeping move from the back three via the midfield found Bettis in space to draw the keeper out, square it for Edwards to scuff into the path of Burns-Peake who made no mistake in hammering home from the edge of the box. 4-2. Elation.

OTFC put in a fine shift, working hard for each other and showing great composure all over the pitch. 7 nominees for MOTM after the game shows the effort put in across the team. Congratulations to Mitch for scooping the prize, and to Dicky Bostelmann for masterminding the victory.

The return fixture awaits next weekend, and OTFC will need to work equally hard t deliver another result. Bring on next Saturday!