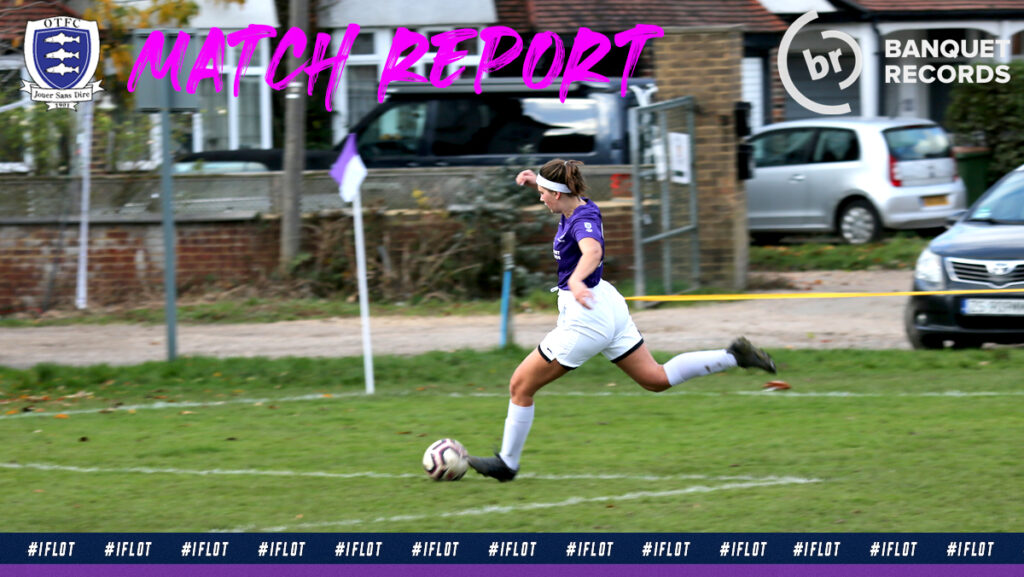 Another historic day for the Old Tiffinians FC, as our first women’s home game at Grists was played in front of a small but expectant crowd. Despite the cold weather, there was a warm welcome for the visitors Cranleigh Ladies and their supporters.

The match began with OTWFC typically playing their high pressing game from the start, which inevitably led to an early goal from debutant Lotta Schnack. The second goal followed soon after by Chloe Binnington in clinical fashion. Despite Tiffs missing two of their usual enforcers (Matilda Schwefel with family commitments and Ana Lourenco Cheang still managing her injury from her last match), the industrious work from Fiona Leggat, Aurora Sullivan and Lauren Harper was endless. Cranleigh Ladies were unable to handle the high intensity game being played by a very fit Tiffs side. The day was about to get better for young Lotta who with strength and speed bagged another two goals in quick succession, before an unfortunate own goal, made it 5 -nil. The opposition managed to claw back a scrappy goal which no doubt, will not go down well with the OTWFC coaching staff. Before the half time whistle blew, a now buoyed Cranleigh attack was thwarted by the defensive play of Alanna Turner and skipper Sophie Ramsbottom. They in turn set up a counterattack and delivered a through ball to Chole, who glided down the left wing to set up yet another goal for Lotta, who calmly stroked the ball past the helpless keeper.

The second half was once again dominated by a very confident Tiffs side, eager to increase their goal tally. And, needless to say, it was none other than Lotta Schnack, to start the ball rolling. The tireless running of Fiona, Aurora and Lauren created space and further opportunities which allowed Sophie to embark on her trademark run and skip pass the opposition defence to score her opener. Only for Chloe to despatch her second of the match and maintain her top scorer ranking with uncompromising force.  Finally, Sophie worked a nice one-two with Fiona to make it 10 – 1.

It is fair to say that Tiffs had numerous opportunities and perhaps with a little more composure could have scored even more, but the history books will record an emphatic first home win for the Old Tiffinians Women, Bravo.

Thanks go out to the ‘Purple Pearls’ family and friends for their encouragement and support, and to the opposition who played with a great attitude and spirit.

Thanks also to those who participated in the raffle in support of Movember the clubs charity.

Player of the Match sponsored by Banquet Records:

As a bonus… a few photos from the game: 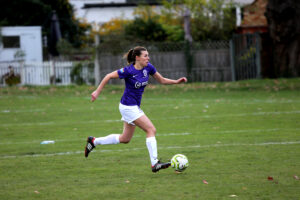 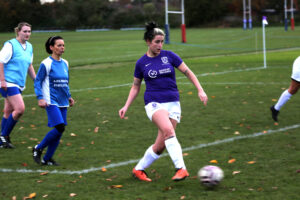 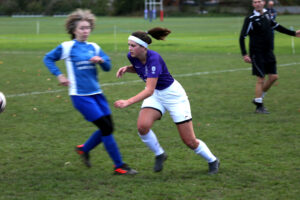 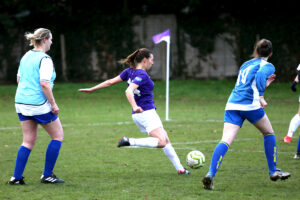 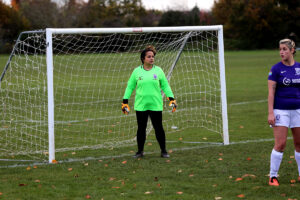 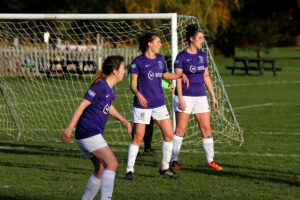 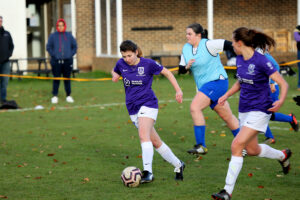 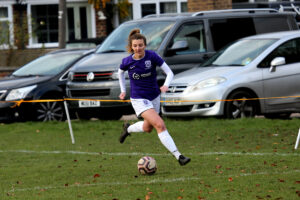 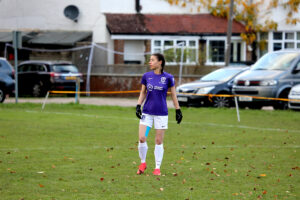 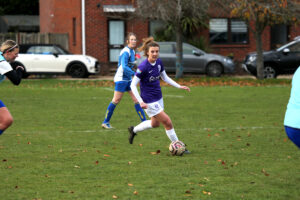 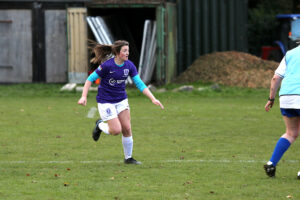 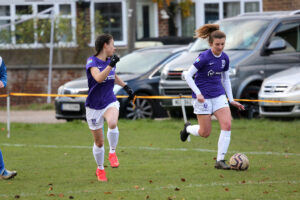 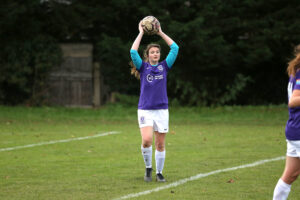 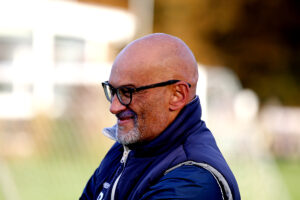