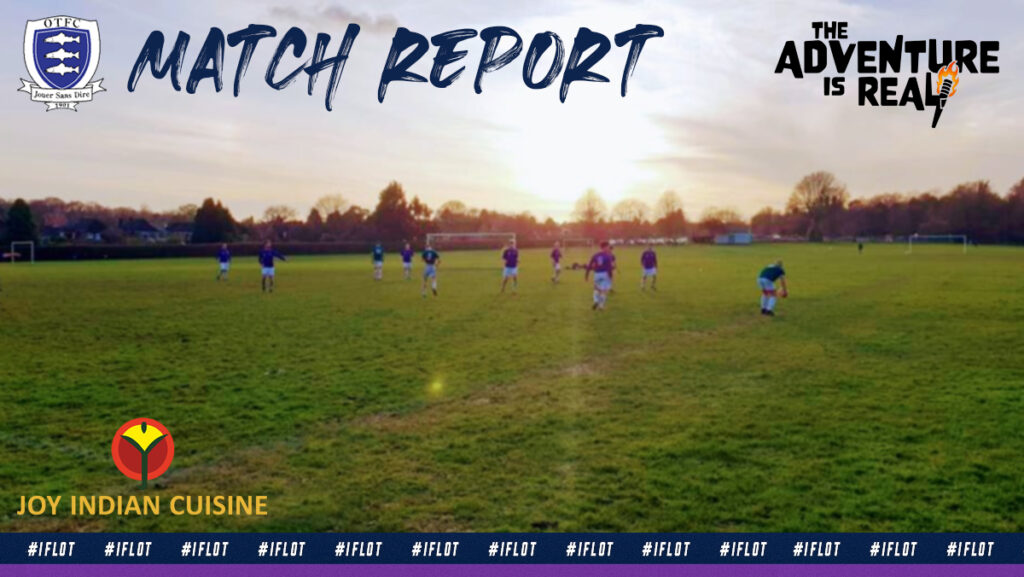 Tiffs 2s travelled away to Greenwich on Saturday to take on Old Sedcopians FC, hoping to continue their recent winning streak.

Tiffs came out of the blocks fast and quickly started to dominate play. A precise corner from Joe, flicked on by Justin, reaches Khaj in the box who puts Tiffs 1-0 up.

After a good period of play from Tiffs, Old Sedcopians started to come into the game. A corner to the back post culminates into a goal, making the score 1-1.

Nearer to the end of the first half, Tiffs get a free kick. The ball is played over the top and Alastair gambles on the loose ball, taking it past the keeper and slotting it home. 2-1 Tiffs.

Second half starts and Tiffs look to increase their lead. Despite a decent start from Tiffs, Old Sedcopians get a free kick on the edge of the box. The Old Sedcopian’s player steps up and fires it in at the near post; Tom Nichols had no chance. 2-2.

Tiffs had a few chances to take the lead in the second half but nothing seemed to be going in, that is until the 90th minute. A great through ball from Al through to Alastair left the CAM one on one with the centre back. Alastair takes a touch and then shifts it on to his right foot where he finishes in what can only be described as a Ronaldo-esque finish, firing it in to the top right corner, post and in. 3-2 Tiffs, 3 points in the bag and the winning streak continued; not bad for a Saturday in Greenwich.