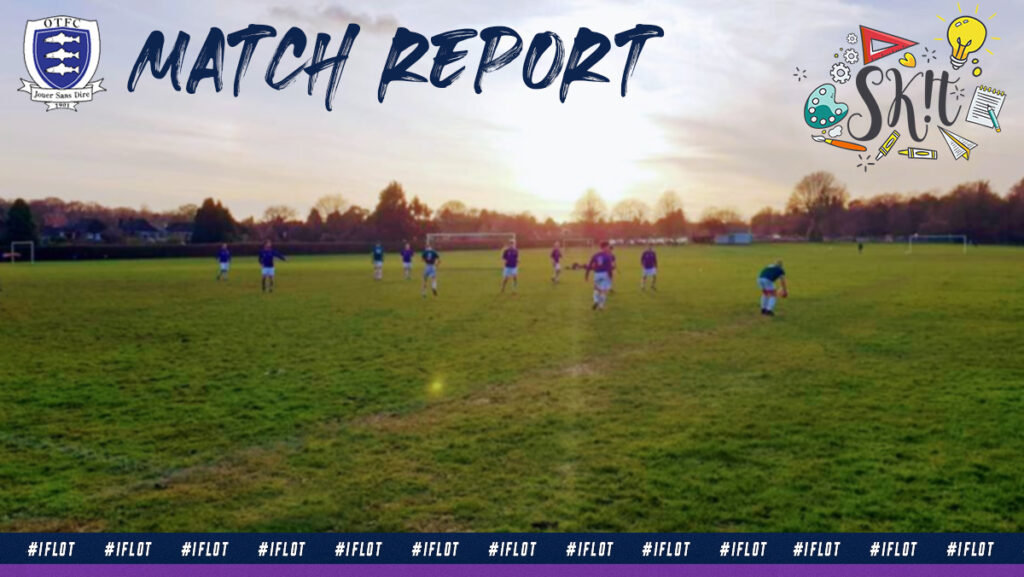 Double H has not been a happy hunting ground for the Old Tiffs of late. Always grey, windy and uninviting like the locked gate on arrival. A healthy Vets squad was available with Vets IIs at home  also. A strong squad and impact players ready on the bench. All would be needed to dig deep today. The new kit looked good, too good for some who preferred to keep it pure white for another week.

Playing into the wind Tiffs started well but where quickly undone by 2 long balls over the top and Double H raced into a two-goal lead inside the first 15 minutes. Gaffer Baile made the change. Phelps, who has spent 2 years telling anyone who would listen he was a right back, finally got his chance and did well. In previous games this may have been all over but not this week and from this point on Tiffs were in the ascendency.

Ridgeway stood over a free kick with only the thought of shooting in his mind. He eyed up both corners of the goal but decided to stick it straight down the middle squeezing it over the keeper and under the bar to pull one goal back.

Second half and the Tiffs had the wind behind them, and the team were up for the fight. Naylor rolled back the years at centre back, not easy playing with a defibrillator down your socks but the old war horse’s centre back partner Sniffer’s pulse never went above 120! Moodley was everywhere and with Phelps and Allen in goal saw the oppo create very little. Dogs of war in the  middle of wet park, Omo and Butcher scrapping for everything, Kinchin on the Valium and fresh from his meditation retreat let his football do the talking. Barnett, Harry and Ridgeway causing trouble. Another free kick, another Ridgeway strike straight at the keeper but hit the bar. Kim’s cameo lasted 2 minutes, but still had time to have a mazey run and win a free kick. I hope we got a tenner off him for that!

With time running out Allen’s long clearance with wind behind deceived their 2 centre backs, one bounce and Smith lashed it home on the volley  from distance. The game ended 2 all, yet it felt like a victory for Tiffs who coming from two goals down maybe deserved more. It was a great team effort.

We returned to Grist’s to collet Owens from nursery, and catch up with the Vets IIs. Everyone is already looking forward to next week and the league cup. Well done boys!

Player of the Match brought to you by Smart KIds in Town: 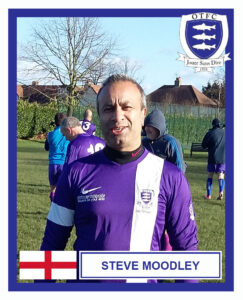