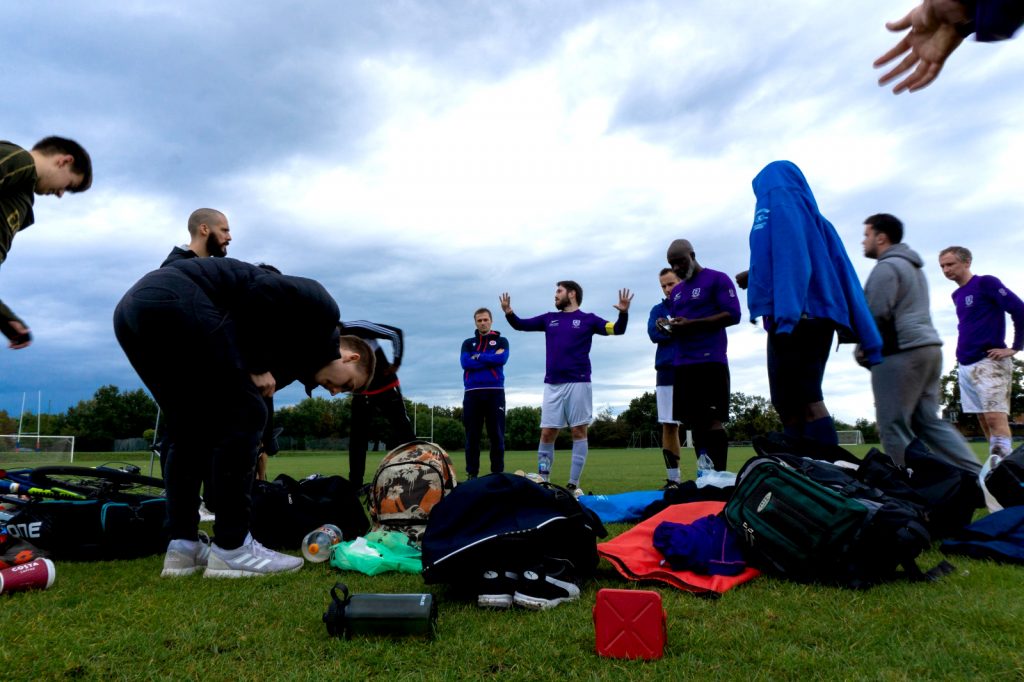 Coming off the back of two straight losses, Tiff’s IV’s still went into this game with high hopes and expecting a decent performance.  Armed with a new set of footballs (with thanks to our glorious leader, Mr Chairman) Tiffs went through a new warm up routine followed by the same old team talk.

The first half was a close affair, with both teams struggling to get on top and few chances being created at either end.  Tiffs got in behind Dorkinians a few times but weren’t able to capitalise and late in the half Dorkinians got their noses in front when a cross to the back post saw their striker reach the ball first between two defenders.

With all to play for in the second half Tiffs went out with a slight tweak in formation and hopes of getting back into the game.  For 20 minutes or so the game was finely balanced but a dubious penalty saw Dorkinians increase their lead.  Just when Tiff’s needed to keep their heads and re-group they instead did the opposite and imploded conceding 3 more goals in quick successin to put the game beyond them.  By the time that Tiffs rallied and got back in the game it was far too late, they squandered a few half chances and paid the price as Dorkinians put the game to bed with their 6th goal of the game.  Tiffs were given the chance for a late consolation goal from the spot, but to complete their miserable afternoon a poor penalty was easily saved.

With three games played Tiffs IV’s have not quite hit their stride, but with patches of good football in all their games so far there is room for optimism.