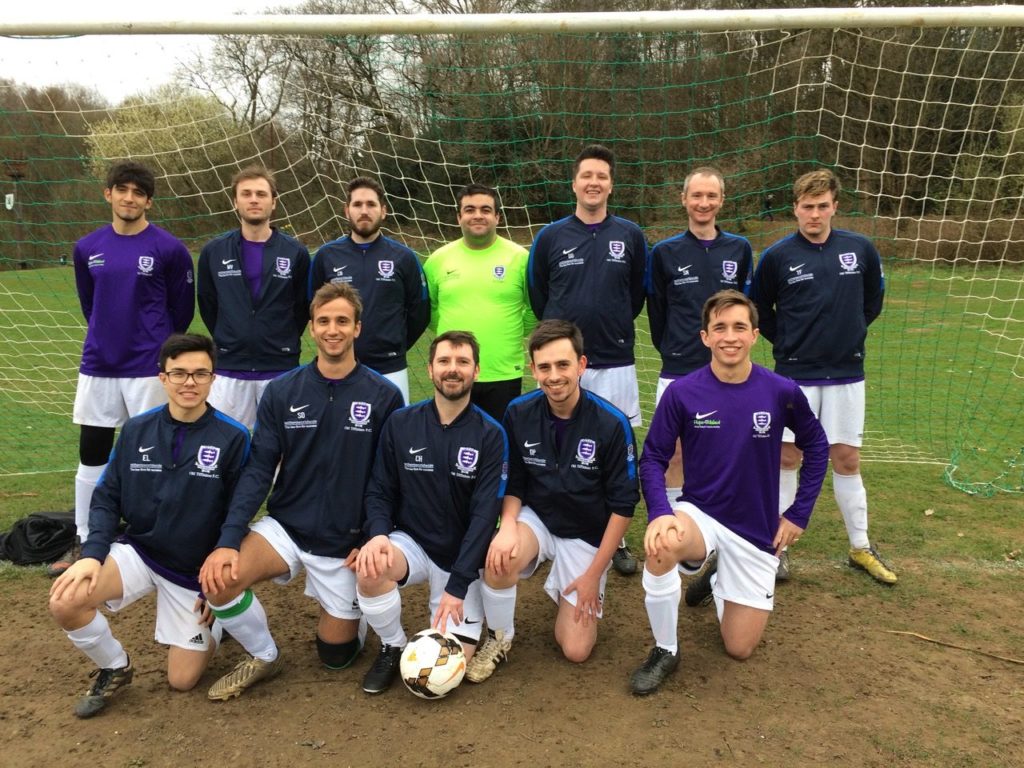 OTFC 4s travelled to Reigate for their last game of the season.  It was also a crunch game.  A win or a draw would secure fifth place in the league for TIffs.  But a defeat would allow Reigate to finish fifth and drop Tiffs into the bottom half of the table.

The week before, against Old Secopians, Tiffs had started slowly and were 3-0 down before eventually coming back to lose 4-3.  Against Reigate the pre-match team talk was therefore all about the need to start better and defend better at set pieces.  15 mins into the game Reigate were 2-0 up – both goals from set pieces.

In the second half, Stephen Dwyer – returning after injury/international duty – pulled one back for Tiffs with a penalty.  But Reigate soon restored their two-goal advantage.  Then two more goals for the impressively suntanned Dwyer (bringing his season total to 22, the highest in the league) brought Tiffs level at 3-3.

Then the drama really began.  With 5 minutes remaining, the referee awarded Reigate a debatable penalty, which was duly converted.  Stung by a sense of injustice Tiffs swarmed forward from the re-start.  With 2 minutes left to go, Tom Flynndinho picked up the ball on the half-way line, powered past two Reigate players and, from the edge of the penalty area, rifled a low curling shot into the bottom corner of the net.  A fantastic goal.  Tiffs were ecstatic.

The referee blew for full time a moment later and the game finished 4-4.

The dramatic comeback epitomized the great team spirit in the 4s this season.  The draw secured fifth place with a record of played 18, won 6, drawn 6 lost 6.  A tremendous achievement given this is only the second season the 4s have been in existence.  Bring on next season.

Man of the match: Tom Flynn.