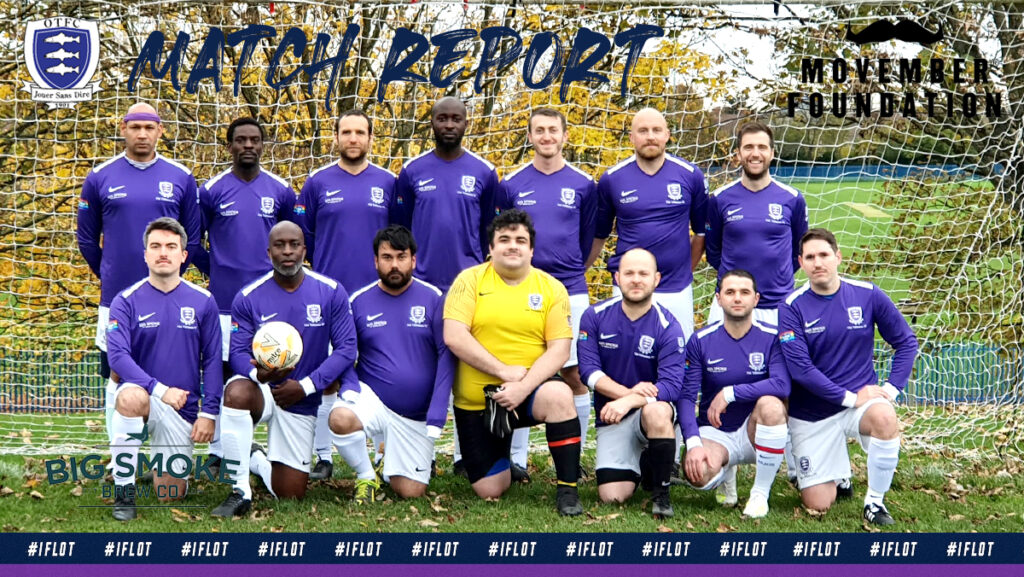 After a postponement followed by a cancellation, Tiffs were finally able to get their cup challenge up and running.  Having not played for 3 weeks and suffering from an hour and forty minute journey to the ground the team talk focused around shaking off any rustiness.

Tiffs started the game tentatively, giving away a few soft chances from set pieces, but after a double clearance off the line (or maybe a fraction behind) we settled down and started to get into the game.  An unfortunate injury to Mike Kyei in midfield forced Tiffs into a slight re-shuffle and soon the “tactical master stroke” paid off as they took the lead.  A long ball from the back split the oppo defence and Pepper raced through on goal, rounding the keeper before being brought down.  Tiffs shouted for a pen but to save the ref a difficult decision the Alexandra Park defender smashed his attempted clearance into the top corner. 1-0 to the Purps.

Clearly upset that he hadn’t been able to give a penalty earlier, the ref quickly made up for it by awarding what was perceived (by one side) to be a soft penalty to Alexandra Park and despite getting a hand to it Nader wasn’t able to keep it out.

Spurred on by a sense of injustice Tiffs soon found themselves back in front.  Another ball over the top caught out the opposition and flick on from Del saw debutant Phil Scullion through on goal to score his first for the club.  He didn’t have to wait long for his second as 5 minutes later a cross from Al Cunningham on the right seemed to have gone over everyone, but Phil picked up up past the back stick and cut back inside to give Tiffs a 3-1 lead at half time.

The second half saw a change in formation but not in performance.  Early in the 2nd half Alexandra Park headed a corner back across their own goal and Rory McMahon was able to head home from a few yards out and put Tiffs 4-1 in front.  Alexandra Park tried to rally but were only able to muster one or two scrappy half chances and late on Tiffs scored a well deserved 5th goal as Pepper calmly rounded the keeper again (avoiding a foul this time) and slotted home.

A first win of the season for Tiffs and (whisper it) a potential cup run.