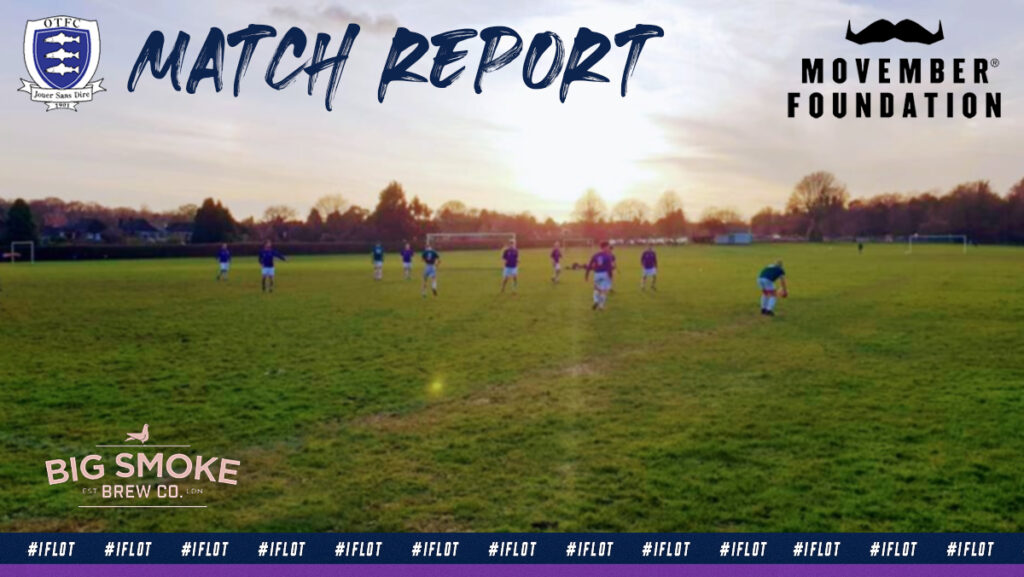 Sir Walter William Herbert described the first expedition to the North Pole as desolate, harsh, and unforgiving.  As the tiffs kicked off with 9 men on an unusually frosty Saturday afternoon all we could do was feel the same.  After a 15 minute tactical masterclass Nader’s “Lads for the love of god just keep 9 men behind the ball” approach held a 0-0 score line long enough for latecomers Jackson and Sheldon to arrive.  An unusually structured and almost drilled tiffs squad pushed and after a scrap in the oppositions 6 yard box Jackson bulged the oppositions goal with a well aimed surface-to-goal missile.  Hunkering down the tiffs managed to finish the half leading 1-0.

The second half started with much the same until a Dorkinian player went down in the box and was awarded a penalty, that was placed well in the bottom left corner. 1-1.

The chill began to set in as the tiffs bare 11 slowly lost composure and energy conceding two more goals in an effort to push for the win.
3-1 final score.

For enduring the icy chill with courage in the face of adversity POTM goes to……………..