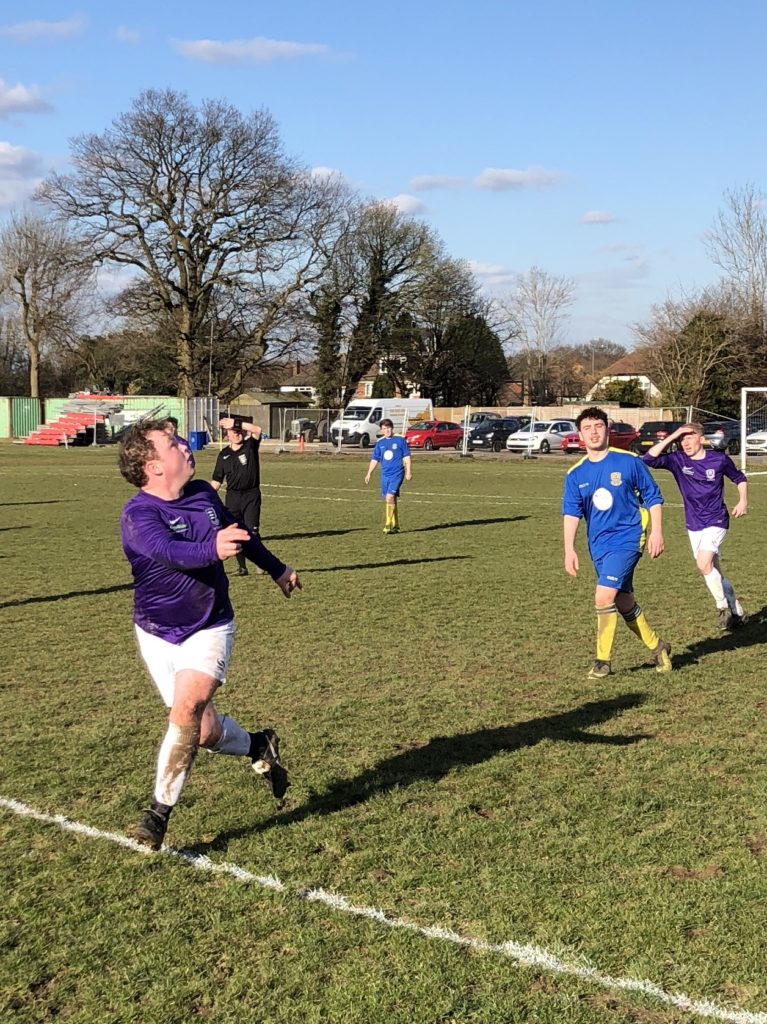 The winter weather had played havoc with the fixtures for Old Tiffs IVs in recent weeks. But the sun was shining and the temperatures mild as they arrived at John Fisher Old Boys FC on the outskirts of Croydon. A Town Called Malice by The Jam rung out as they got ready in the narrowest of changing rooms.

On a heavy pitch Tiffs started the game well and created some good chances – Tom Flynnaldinho Jr and Stevie ten doubles Dwyer both going close after good build up play by Ed Lambourn, Zeki Akdeniz and Ahmed Zinedine Zuhair. However, the usual Tiffs Achilles heels of not closing down on the edge of the penalty area and poor defending at a corner meant it was John Fisher who went into half time with a two-goal lead.

John Fisher scored two more goals at the start of the second half which to an extent knocked the stuffing out of Tiffs. They recovered towards the end of the game; Tom Hill had a good header cleared off the line and Christian Proctor hit the bar with a long-range effort. John Fisher caught Tiffs on the break to steal a fifth goal. A nasty clash of heads between two of Tiffs own players – Marian Vrabiescu and Euan Shields – summed up Tiffs day.

John Fisher deserved the three points but Tiffs did not play badly and the scoreline flattered the home team. Some large fines – new (gold) boots – and Henry Quick’s Christmas present (don’t ask…) were dished out afterwards over mountains of chips.