Tiffs 4s are a cosmopolitan lot. There are over ten different nationalities in the squad. The chat ranges from the fortunes of Hibernian to Steaua Bucharest. Many different languages are spoken; team talks are in Scouse.

The pitches at Grists, the global home of football, passed an early pitch inspection following a lot of overnight rain. Unfortunately the Thomas Dean pavilion didn’t fair quite as well – a leaking roof forced the 4s to share a dressing room with Tiffs 2s. The 2s took this opportunity to kidnap the 4s star goal keeper, Iranian Nader Meradji, for their game against Dorkinians. Thankfully, Scotsman Euan Shields stepped forward to deputise in goal for the 4s sporting some fantastic retro wear from 1995.

Following a bit of a delay awaiting the ref, the 4s kicked off against Wandsworth Borough under blackened skies. They soon took the lead – their Turkish centre forward Zeki Akdeniz slotting home smartly with the outside of his right foot from a tight angle. Tiffs doubled their lead through their other Iranian, midfielder James Khajenouri and it was 2-0 to Tiffs at the break.

Wandsworth came out fighting in the second half and pulled a goal back through a long-range effort. Akdeniz got his second from the penalty spot following a trip on Tiffs Canadian striker Tom Flynn. Four more goals followed from Akdeniz (his hatrick), Flynn, Khajenouri and Tiffs man from Japan, Bernard Knuchel-Takano.

So another great win for Tiffs but no Englishmen on the scoresheet. Does this mean it is all doom and gloom for Gareth Southgate? Not quite; Englishman Ben Harrison put in some terrific tackles, ran his socks off and almost scored a thumping volley from 20 yards. He was deservedly voted man of the match. 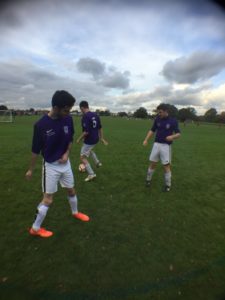 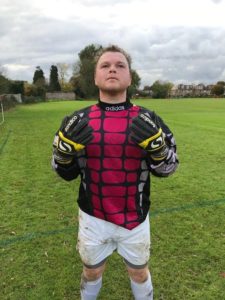