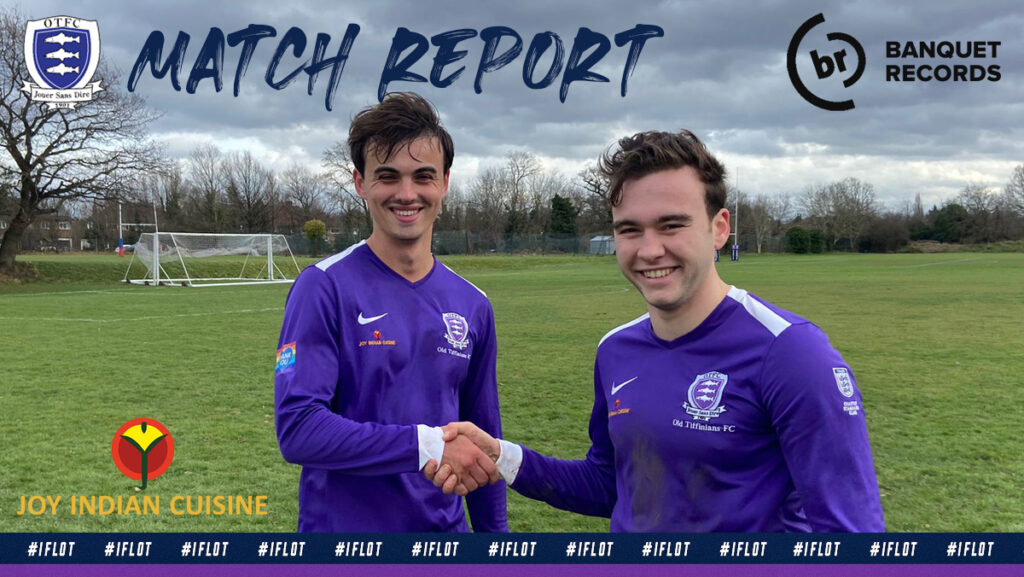 A beautiful day for the beautiful game. The sun was shining, the wind and temperature were just right, but more importantly, the brave boys in purple had a purpose – to bounce back from a string of defeats. Staring the in face of both relegation and winning the league, the stage was set for a season defining win.

But it started off shaky. As per most games at the fortress, JJ11 had yet another early chance, with a shot coming off the inside of the post before being scrambled away. The game seemed to be going nowhere, with neither side pushing hard. However, gaps were appearing between the defence and midfield, and the oppo won a free kick in a dangerous area. A long, flighted ball eluded their attackers, but more crucially, our defence and keeper. 0-1, 20 minutes gone.

Similar to United under Ole, this got the boys fired up and ready to take the game. A few chances here and there, but it started to feel like one of those games. Back from the brink, and fresh from a South African detox, Tom Bradley – TB8 or TB10? – picked up the ball from an excellent Goalkick and looked up. JJ11 sensed a great ball was coming, and instinctively made a diagonal run between the CB’s, and as expected, TB/10 picked him out effortlessly. JJ11 rounded the keeper. 1-1, 40 minutes gone.

A motivational speech from the skipper and we ready for the second half. This is where it gets blurry because of the flurry of assist, goals and handbags. From my recollection – not helped with the beers that followed after – TB10 found JJ11 (again), who from a tight angle slotted a shot away across the keeper and into the net. 2-1.

It was all going so well and the purple team were dominating and aggressive. But one of those gaps appeared again, after a uncharacteristically poor pass from TB10, leaving “Kiz phone” with no alternative other than to cynically hold their no.9, the oppo won a free kick. The naughty no.9 should’ve seen red, with an elbow swing that luckily didn’t connect due to Keiran’s height. The ball went in and a strike from their RB hit the post which no one from Tiffs followed in. Their attackers did though and they equalised. The guy in green went mental at his defence, causing Jordan the pacifier attempting to calm him down. 2-2.

Another great response followed. JJ11 this time returning the favour and teeing TB10 whose weaker left foot scored a rocket into the top corner. 3-2.

Straight from the kick off, the Naughty no.9 was at it again, kicking out after JJ11 rounded him. “He’s got to go” was screamed, and indeed, a second yellow followed. A TB10 powerful, laced effort beat the keeper, who according to those standing behind the shot, should’ve saved. No matter! 4-2.

Aiden, who came on for the injured Steven in the first half, had been tirelessly plugging away, and deserved a goal. A through ball and a tidy finish saw him get his just deserves. 5-2. 2 minutes later, and another tidy finish saw the boys 6-2 up.
At this stage, 3 of the team had two goals each – who would get the hattrick? The boys battled it out to prove who could be the most selfish. A free kick was won by JJ11 which TB10 argued “is mine, I’ve scored one today.” Smart, cunning and completely selfish, JJ11 said he would dummy before TB10 could take the shot. Rookie mistake – TB10 should know better. JJ11 stepped up for the dummy but instead shot a pea roller free kick into the keepers arms.

Finally it came. ANOTHER beautiful ball from TB10, gave JJ11 the chance to round off the win. A lovely first touch and unerring finish did Just that. 7-2. FPL galore.

A great performance and win. Is the chance of a league topping position in our sights? Rumour has it that celebrations went on late into the night at club sponsor Joy Indian.