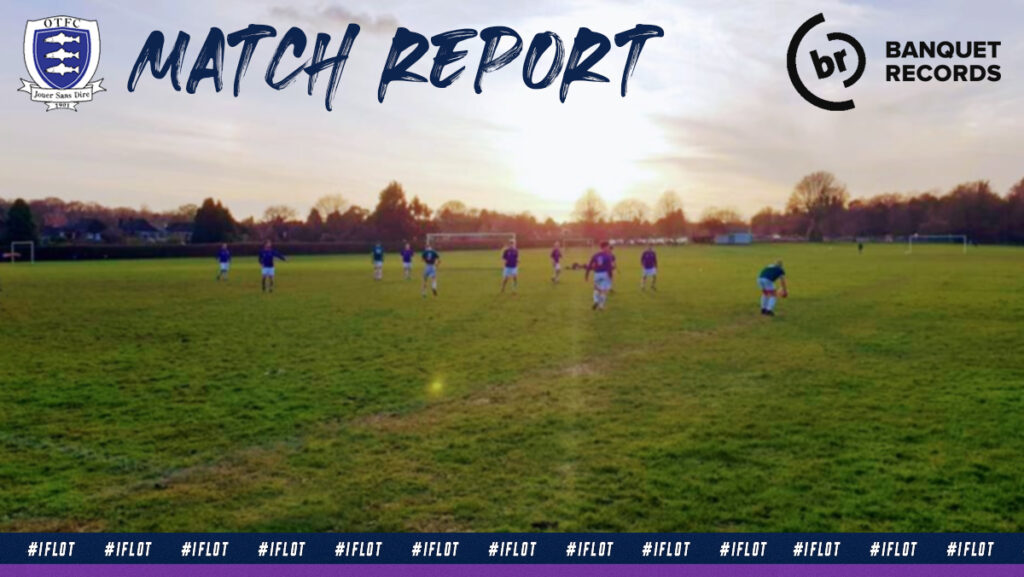 Following a huge win at Glyn and a cancelled away trip to Birmingham in the Cup resulting in a bye, Old Tiffs 1’s had the chance to make it three wins in a week. The venue – a rainswept Grists. The opponent – a tricky Soulstice FC.

Tiffs got off to the quickest of quick starts, somehow converting a Soulstice kick-off to a 1-0 lead within the first 30 seconds. After winning the ball quickly in the midfield, Alan played the ball through the lines and Joe Jordan calmly stabbed the ball past the onrushing keeper to convert the opener.

However, the lead did not last long with Old Tiffs struggling to control the ball in increasingly rainy conditions. On 20 mins, Soulstice equalised after some tricky play on the left and a tidy finish into the far corner leaving Seb with no chance. 1-1.

This goal seemed to wake the Purps up, who started to dominate in the midfield thanks to some great work from Will and Jordan and eventually the possession paid off. Just before half time, a sweeping move from front to back culminated in a cross-shot from Hucks landing at Sandy’s feet to tap in from 5 yards. 2-1 at the break.

After agreeing in the half time team talk to take the game to Soulstice and add to the lead, Tiffs took a rather more conservative approach in the second half – happy to hold the ball at the back and soak up some pressure. Tiffs were comfortable in this approach for a while, however, the pressure started to mount midway through the second half. Seb was called into action to deny Soulstice an equaliser with a couple of smart stops in 1-on-1 situations and later stopped a certain goal, getting the best of a scramble on the line.

Just when the Purps thought they’d weathered the storm (on the pitch), with 15 minutes remaining Soulstice snatched an equaliser with a thumping header from a corner to make it 2-2.

However, Tiffs didn’t panic and continued to play their game, carving out a couple of chances on the break in an increasingly fragmented game. Then in the 85th minute, the breakthrough. An excellent through ball from Tom set Joe S free on the wing to cut back to Alan on the edge of the area. Once again, Sandy was free at the back post to receive the swept cross from Alan and take his time to calmly slot home for the win.

3-2 final score – and a very satisfying victory to continue the winning run.