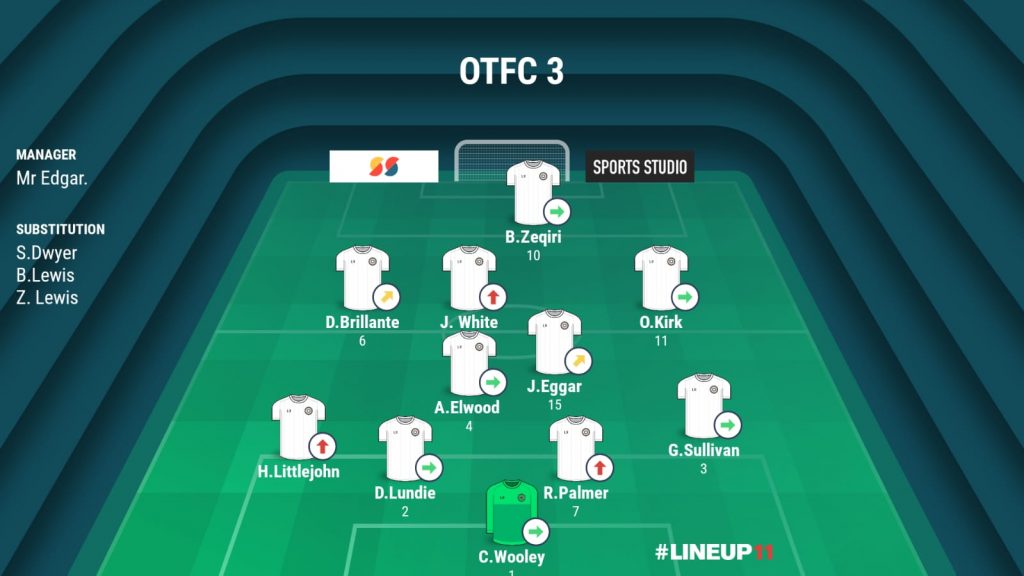 A warm day at the Fortress, A title charge in need of a spark and a captain with a green foot. The battle with Reigate was always going to be tasty.

Captain Sam was out but not for the count. Donning a new pair of aviators, ‘Mr. Edgar’ set his troops up in a familiar 442 formation and the midweek introduction of a form guide would only increase the competition for places in the starting XI. Connor had shaken off last weeks scare downstairs to return between the sticks. George moved out to right back while the ever present D’Lundz and set piece aficionado Palmer, filled in for the Injured Sam. That wasn’t the only big change at the back though as the “Sam Edgar tribute act” Dom Lundie wore the number 16 shirt. A simple wardrobe error or a heart warming ode to his captain on the sidelines? Harry started at left back to round out a defence more than capable of some staunch rear guard action. In midfield Jez ‘3 lungs’ Eggar and Aaron Elwood made up an energetic 2 in the middle while Dylan Brillante moved out to the left from the start rather than at his own leisure after about 15 minutes (the mezzala role on Football Manager). Captain on the day Owen started on the right with the job of stirring the troops on field in the absence of his commanding officer. Up top saw last weeks debutant Josh partner the Iceman Bill forging a potent force of trickery, pace and guile up top. Zak, Ben and Stevie D were ready to come on and bolster the troops at any moment.

The opening minutes saw some light sparring as the Good Guys moved the ball around well and set the tone for a match that would see them dominate possession. After a couple of close calls and near misses the Iceman picked up the ball in the final third and with a feint and a shuffle found himself in an all to familar spot, on the floor. Penalty Tiffs. Keeping his cool in the 13 degree heat Bill stroked it past the keeper and into the corner. 1-0. The pressure was relentless from that point on and not long after the first Aaron picked the ball up in midfield, spotting the run of The freshly shawn housewives favourite on the left flank he played him through and Dylan dispatched the chance effortlessly with the outside of his right boot. 2-0.

Tiffs were playing with real confidence now and as a couple of changes were made on the half hour mark, the armband found its way into the reliable hands of Rob Palmer who admitted it was the second proudest day of his life (after the birth of his daughter he was quick to add). This confession only spurred Tiffs on as the freshly armbanded Rob switched the ball wide to Harry who played an inch perfect pass over the top for the energetic Josh to latch on to. He would find the newly introduced Zak in the box who would shuffle left, then right, then left, then erm right again before picking out the bottom corner with a left footed strike, a brilliant finish. 3-0 at HT.

As the second half kicked off Ben Lewis would take over at left back while Steve joined Bill up top. Tiffs started slower but carried on dominating the ball. Jez and Aaron in particular keeping things calm in the middle of the park and not giving the Reigate opposition a moment to breathe. Tiffs continued to create chances and began taking shots from range but it was Bill on the scoresheet once again. Some lovely wingplay from Zak led to a cross for Bill who couldn’t miss as he bundled the ball in from 8 inches out, on a plate, 4-0. The defence continued to repel Reigate attacks and when Connor was called into action he got down bravely to prevent a consolation goal towards the end. An accidental Bergkamp-esque flick from Dylan, he was duly fined and some mention of the Opta stats from Dom regarding goals from corners would be the only notable moments of the final 10 minutes as the Tiffs saw out a comfortable 4-0 win!

A deserved MOTM performance from the Man With 3 lungs Jeremy Eggar, who, the captains wife reliably informs me IS the better looking one of the Jez and Tom Double Act. Follow them on YouTube here