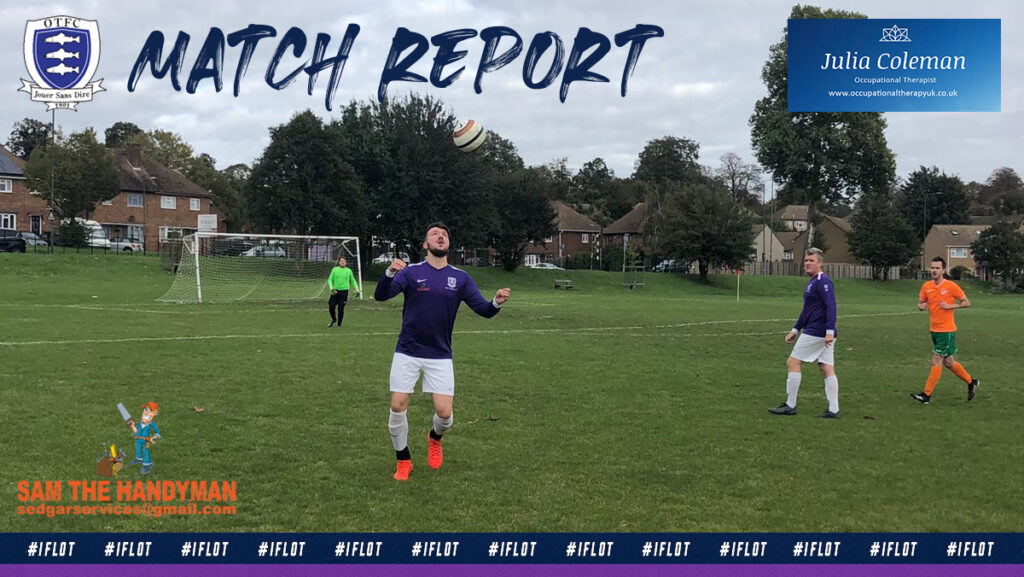 OTFC 3’s were drawn in the first round of the Cup, away to Old St Mary’s and set off on their long journey to Dartford. 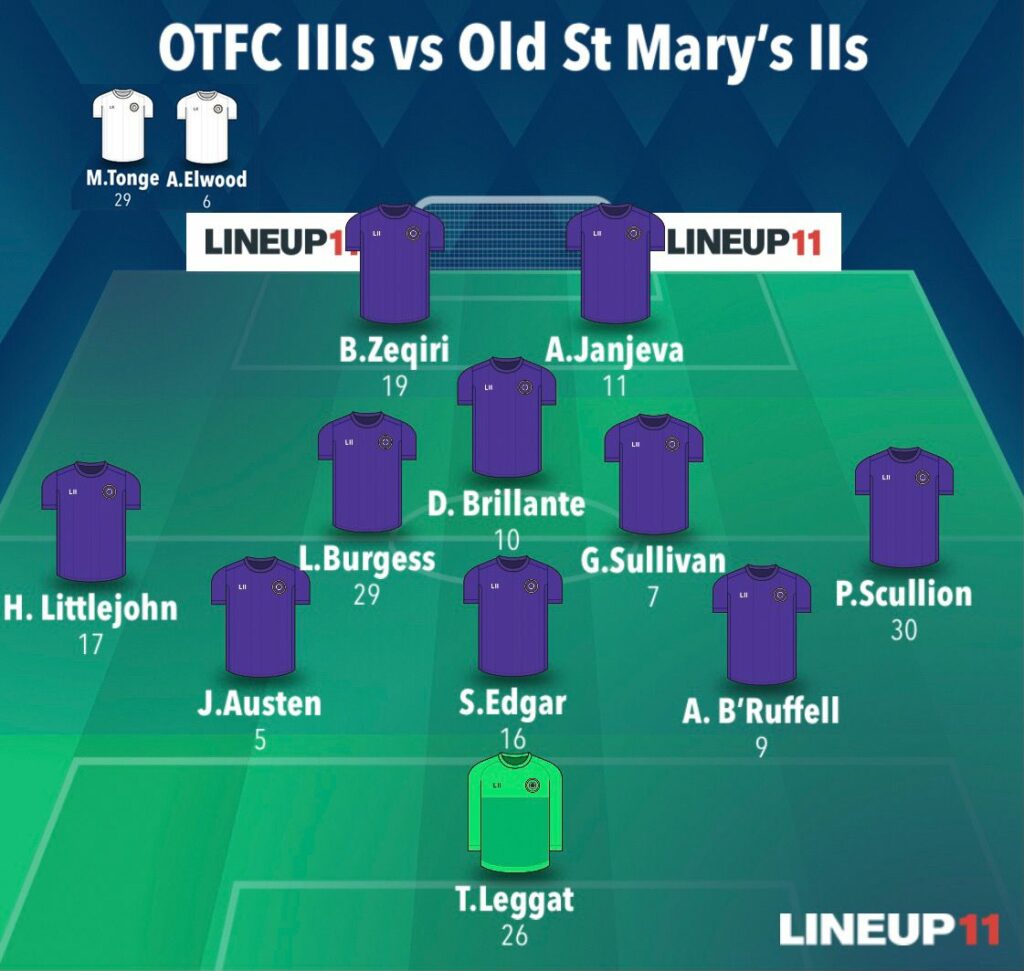 A number of changes were made for the game, ‘Lazer’ Sullivan slotted into CM to fill in for the missing ‘Didi Hamman’ Joe and the ‘Still Sleeping’ Aaron Elwood. This meant that Westminster Wanderers favourite Phil Scullion made his first start at RWB. Captain Ash filled in at CB for the still absent ‘Emre’ Barkham, and Billy ‘Penaldo’ Zeqiri started up front with Foden ‘Hair-a-like’ Adrian Janjeva in the absence of the in form ‘Two Helpings’ Lewis Rutland. Mark ‘Cavendish’ Tonge started on the bench hoping to make his annual appearance for the Tiffs.

The game started well for The Purples, a good interchange between Harry and Dylan winning a corner. Dylan swung it in for Sam ‘Thiago Silva Fox’ to flick on at the near post, where an unmarked Bill nodded in to make it 1-0. Tiffs were in control of the game, and doubled their lead after around half an hour. Another accurate corner from Dylan in to the near post saw a scramble ensue between Mark and Jason, before Mark tucked the ball home with some part of his body still to be confirmed. 2-0.

The half time instructions were to keep up the high levels, and not get complacent. Shortly after half time some powerful mid field play from Aaron saw Bill ‘Tom Daley’ Zeqiri run clear of the defence, and he was blatantly tripped in the box – penalty. Bill stepped up, and with the help of a well placed bobble, tucked the ball home for his 5th penalty and 6th goal of the season. 3-0.

The lead was 4 after 70 mins, when an excellent long throw from the specialist ‘Rory Delap’ Sullivan, was nodded on by Captain Ash. ‘Stone Cold’ Jason Austen leapt above the goalkeeper to nod in and get his first goal for the 3’s. 4-0.

The only thing that could cap it off would have been a clean sheet. Sadly though, it wasn’t to be. In the 93rd minute, Tiff’s, for some reason still committing players forward, were caught on the break. An Old St Mary’s player broke free and produced a lovely dink to give ‘Trousers’ Leggat no chance.

An excellent performance and into the next round of the cup, where they will travel to Old Meadonians to try and make it into the quarter finals.