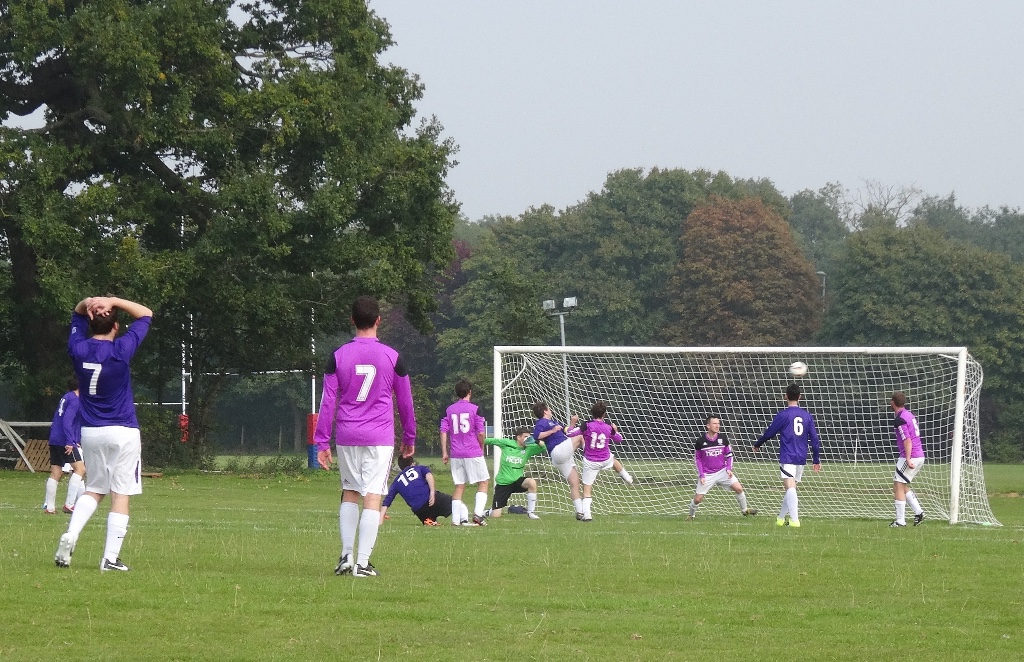 Andy Morris putting Chesterfield 1-0 against Middlesbrough in the semi-final of the FA Cup in 1997. Richard Pacquette’s header to put Havant and Waterlooville 1-0 up against Liverpool at Anfield in 2008. Even Jon Stead for Bradford last year running riot at Stamford Bridge. The cup is where careers are born and dreams are made.

And cups don’t get any more prestigious than the LOB Olympian Cup. There might not be any European football carrot at the end of it for the winner, but ask any football lover based in the south-east London vicinity and they’ll tell you it’s the LOB Olympian Cup that they fall asleep dreaming of winning.

Old Tiffians IVs began their campaign to etch their name on this famous trophy on Saturday with a comprehensive 5-1 victory over Old Wokingians VIIIs on what was a blustery, miserable afternoon down at Grist’s. It’s on such rain swept days that classy football playing teams like Old Tiffs need to dig in and grind out a result.

With traffic around the ground a nightmare – the game was a sell-out, with fan demand far outstripping supply of tickets – and Tiffs having been recently thumped 11-4 by their opponents for the day, things could easily have gone downhill quickly. Star players Steve Newby and Andre Knuchel-Takano were late for kick off, but by the time they arrived Tiffs were well into their stride.

With five minutes on the clock, a dangerous free kick from midfield maestro Ben Lamble was parried by the goalkeeper and Lamble’s midfield partner Grant Calder was at his poaching best to turn it home from 2 yards.

With Tiffs shooting with the wind, Wokingians were pinned deep into their half and Tiffs continued to hammer at the door. Austin Arjun Kugathas and Simon Titcombe continued to cause trouble down the flanks, whilst Chris Bhamra and Knuchel-Takano dragged defenders across the pitch.

The second goal looked only a matter of time and it came shortly before the end of the half. The increasingly influential Lamble whipped a corner in with venom and it beat everyone to nestle into the back of the net. 2-0 half time. Tiffs went into the half without conceding a single shot on their goal.

The worry was that, given the strength of the wind and the presence of a Rory Delap-esque long throw merchant in the Old Wokingian ranks, 2-0 might not be enough. But they needn’t have worried. In fact, their performance went up several gears in the second half and Tiffs looked as good as they have all season.

The back five, consisting of by now veteran centre halves Mark Lomas and Steve Newby, Ciaran Morris and Andy Dickenson at full back and Nader Meradji in goal dealt exceptionally with all their ‘robust’ opponents had to offer. Long throws into the mixer were dealt with comfortably enough, despite the lack of height, heading expertise and some dodgy calls from Lomas.

In the middle of the park, Lamble and Calder had the game by the scruff of the neck and were soon ensuring Tiffs added to their tally. A couple of neat interchanges saw Knuchel-Takano score a quick fire brace with a couple of classy finishes to make it 4-0.

Wokingian scored an unlikely consolation to ruin Tiffs hard earned clean sheet. Ironically it came from a short throw. With Tiffs deep expecting another javelin into the six-yard box, the short throw was worked across the pitch where a screamer was sent into the top corner from all of 35 yards.

But Tiffs soon added further gloss to the scoreline when unlikely goalscorer Charlie Hughes managed to find the back of the net with a wind assisted lob. 5-1 at full-time and an excellent performance from Tiffs to see them into the next round. I don’t think it’s too soon to recommend someone start carving their name on the cup.