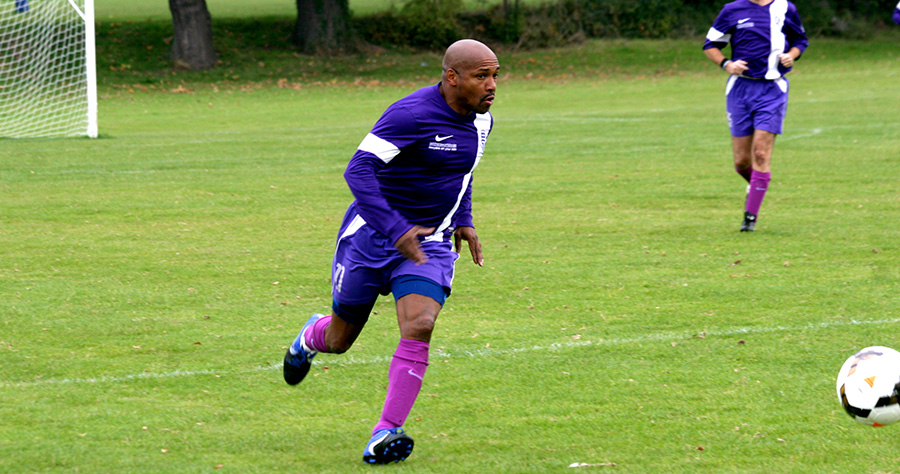 A top team performance saw Tiffs take away an impressive win on Saturday in a fixture they’ve traditionally found testing.

With 16 players available to him skipper Ted Wightwick put on his scientific brain to work and devised an ingenious plan for using each one to the very limit of his potential.

The ‘Prof’, as he may one day be known if he carries on like this, divided the outfield team into five parts – the full backs, the centre backs, the central midfielders, the wide men, and the strikers.

Getting out his chalkboard pre-match, he explained to the boys that there were three players for each part of the team, but only two positions available – so each player would be getting 60 minutes.

Being a sharp lot, our guys grasped the skip’s meaning almost instantly.

Tiffs played against the wind in the first half but you couldn’t tell from the areas of the pitch the game was played in. Some neat passing and a willingness to win the ball back when out of possession laid the foundations for a solid first 25 minutes, and then the first goal.

Players combined on the right side to open up Maori and a great cross put the opposition’s otherwise excellent keeper in a spot of trouble. Enter Rob Lee, playing his best game yet for Tiffs, to bamboozle him with some eye-watering trickery, before side-footing into an empty net.

Maori tried to rally but made little headway against a well organised defence.

Good goals by Ricky Evelyn and a second by Lee in the second half put the icing on Wightwick’s carefully planned cake.

This was only a friendly but it felt like a return to form after a couple of narrow defeats lately.

They go into the last game of the calendar year in good spirits.