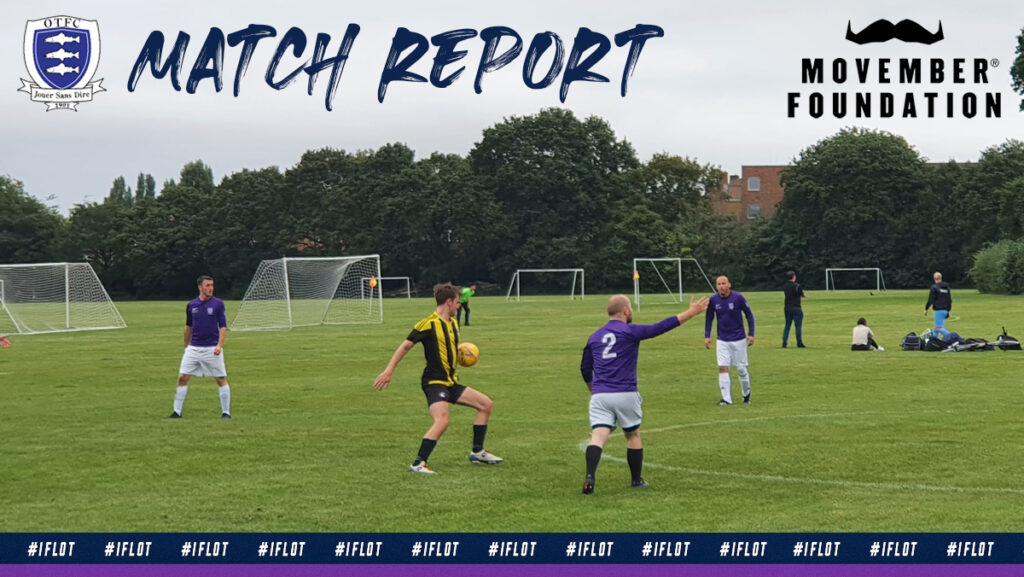 Last week Tiffs got their season up and running with a battling 4-4 draw and so went into this game confident that they could compete.

An extensive pre-match team talk focused on what we did well last week and captain Bell said if we did the same again we should be in with a shout at 3 points, and then promptly changed the formation.

Rather than force square pegs into round holes Tiffs decided to shift formation to a 3-5-2, allowing them instead to force round pegs into square holes.

Keeping with tradition, Tiffs conceded a soft opening goal early in the game.  A mix up between defence and keeper left both leaving the ball for the other and Thorntonians took advantage of the kind offering.  Unlike last season Tiffs have more fight in them and quickly starting to make the better chances.  Winning the ball in midfield, Tiffs quickly broke down the left and some good hold up play from Del in the penalty area allowed Tim Monerville to sweep in his opening goal of the season.  The rest of the 2nd half saw a battling performance from both sides before Tiffs took the lead with a few minutes before the break.  Again winning the ball in midfield, Tiffs chanced their luck with a shot from distance that the Thorntonians keeper spilled for Pepper to smash home his 4th of the season in only 2 games.

The half-time team talk was simple; stay on the front foot and keep doing what we were doing.  Unfortunately, Tiffs had a team with more experience than stamina and simply weren’t able to keep the same pressure up for the full 90.  Another soft goal allowed Thorntonians to equalise as a Tiffs defender swung and missed at a ball into the box.  Shortly after a 35 yard screamer put Thorntonians into the lead and Tiffs were never able to recover.  Another soft goal late on made the score line look a little better for Thorntonians, leaving Tiffs ruing the fact they gifted their opponents 3 goals and 3 points.

Player of the Match brought to you by The Movember Foundation