The Tiffs were on the road on a rather cloudy Saturday morning very much aware that only a win would keep up their hopes for a top position. Their positive attitude was evident from the first whistle.

After a first questionable decision from the referee to wave play on in the early minutes when a Tiffs’ defender seemed to have clipped the opposition’s striker in the area, Tiffs started to take control of the game. Tiffs gradually increased the pace, wanting the ball more, winning nearly all the challenges whilst their defending became more and more confident. Soon enough they started to create chances, and after wasting a couple of good ones, managed to break the deadlock when Grant Calder pressured a Wandsworth defender into a mistake, took the ball off him and calmly slotted home. Moments later Tiffs increased their lead through Stevie Dwyer with a trademark shot following another good Tiffs attack.

The second half started with the home side pushing more and trying their best to get back into the game. Their effort resulted in a few good chances, nevertheless the Tiffs defence dealt well with the pressure. Wandsworth’s good play was rewarded about half way through the second half, when a shot from outside the box found the right bottom corner of the Tiff’s net. 1-2 and the old problems Tiff’s had had in the past threatened to return.

Fortunately, this was not the case, and James Khajenouri restored Tiffs two goal advantage following an assist from Zeki Akdeniz. Soon enough the score would be 1-4, after the right midfielder Tom Flynn scored following a brilliant run. Tiffs had a few more chances before the ref blew the final whistle.

Special mentions go to Razvan Goldu for a superb goal-saving defensive header at a crucial point in the second half and to Marian Vrabie and Tom Flynn for doing stints between the sticks due to Tiffs goalkeeping crisis.

After putting out one of the most solid performances this season, the Tiffs were happy to achieve two major objectives: increase the confidence in their own performance and equally important – have only to depend on themselves for the last two games of the season. 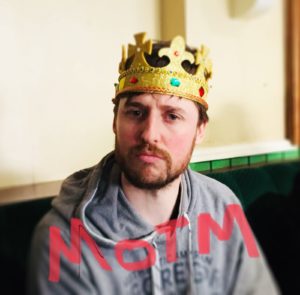