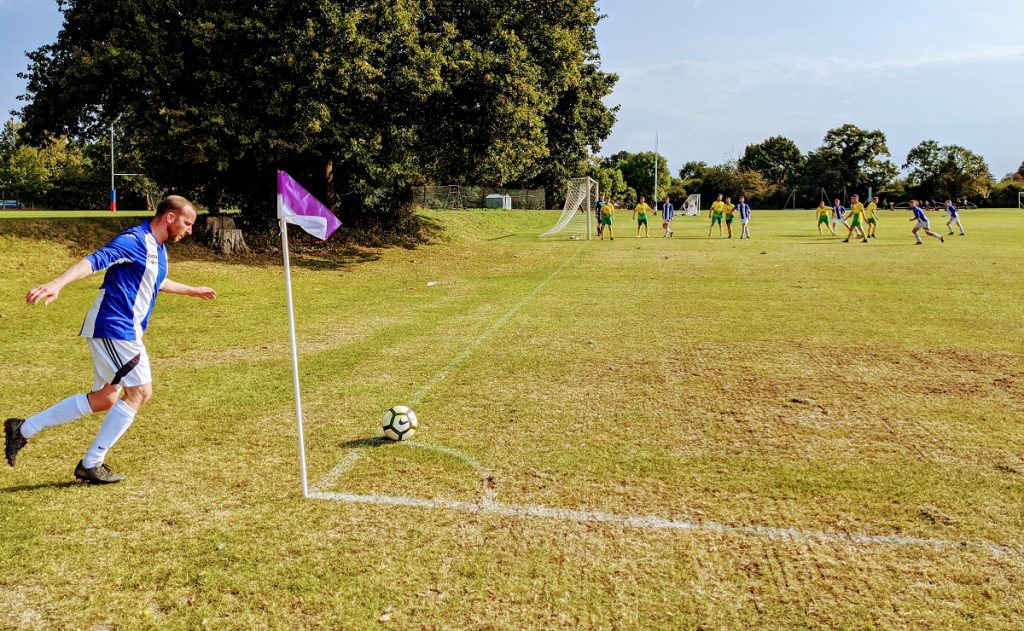 182 days since OTFC I’s last stepped on the hallowed turf for a league game.

Finally, we were back doing what we do best; kicking balls, running around and getting fined.

The start of a league always brings with it a fresh set of unrealistic achievements that we could aspire to. I won’t list them all now but here are a few that were mentioned during the warm-up: an invincible season, an unbeaten home record, convincing Joe Jordan to drive 2 hours from Loughborough every Saturday for a game.

Our opponents for this first game of the season were Old Dorkinians III, a strong side who had just been relegated from the Intermediate South division. It was going to be a tough game.

Something in the Old Tiffs DNA is the slow, lethargic start to games, and today was to be no exception. Within 5 minutes Tiffs found themselves 1-0 down after some clinical play from Old Dorks down the left. A couple 1-2’s and a low cross on the 6-yard box was finished well by the number 9. For the rest of the first half, Tiffs managed more possession in the opposition half, but the final product wasn’t quite there, and the opposition keeper was never properly tested. Unfortunately, late on in the first half, a slight lapse in concentration let their striker through on goal again, and he made no mistake in making it 2-0.

Into the second half and Tiffs started moving the ball with a lot more fluency and intensity. The combination of Dicky, Marshall and Vachitov down the right and Harrison and J Jordan down the left, started creating real problems for the Old Dorks full backs. A period of sustained pressure down the left led to a corner to be taken by Evans Rong. Front post was the call, and front past it went. The keeper came out to claim it, missed it and let it through his legs. It then clipped the defender behind him and somehow the ball nestled into the bottom-far corner (allegedly after brushing Hutchesons shorts on its way in). It wasn’t pretty but it was in and Tiffs were back in the game with about 20 minutes to go.

Tiffs piled on the pressure for the final 20 minutes. The best chance came a couple minutes before the end, and it fell to an outstretched Joe Jordan trying to get on the end of a low cross. However, the wrong-footed Dorks keeper pulled out an incredible save to keep Tiffs out and the game ended 2-1.

All round a decent performance by the team, notable mentions to Dicky, Harrison (pirate beard) and Marshall who all had excellent games at full back, and Robini and Kimber for a solid performance particularly in the 2nd half.

And finally, an update on the team’s seasons goals: 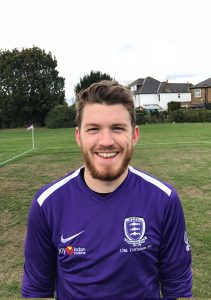