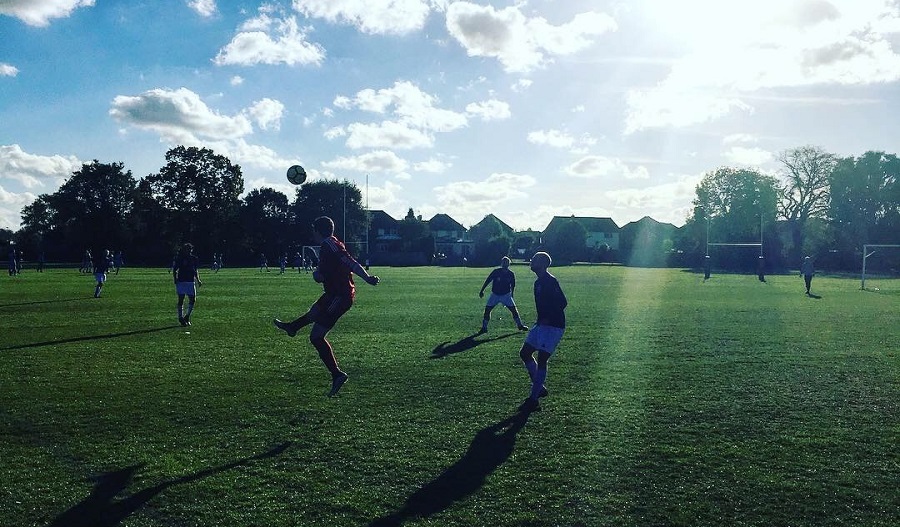 It was a tough day. As NWB walked onto the pitch at the home of the mighty purples, 90 hard-fought minutes of football were about to commence. The mighty Ts vowed, they not yield.

Tiffs got off to a very bright start, with an attack from the get go. The ever-reliable Tom Scott got through one on one – surely a goal, you must think! – but instead decided to get his face all muddy by falling over his own feet with the ball rolling harmlessly to the keeper’s hands.

The football was still yet to properly ignite, and OTFC were punished for some sloppy defending, NatWest nipping the ball in at the near post. 0-1.

On approximate countback, there were perhaps 30 fouls in the first half across both teams, although certain inconsistencies meant that it was anyone’s guess who was going to get the decision any time anyone hit the floor.

Now unshackled without fear and with some fresh legged substitutes on the pitch, the heroic men in purple laid siege to the NWB goal. A quick reminder to all readers, the football up until this point had not been particularly pretty. After a lovely turn from Dale Colman, scythed down in the box, Tom Scott walloped in the resulting penalty. 1-1, and Ts heads started to lift up. Minutes later, Greg Nutt’s mighty nut then towered above the opposition at a set piece to take the lead and Tom Scott rifled home a thunderbolt what felt like seconds later. Suddenly, the Ts were jubilant, they were 3-1 up and deservedly so. Tiffin began to weather the storm, and entrenched themselves in the penalty box to take on another barrage of oddly-called free kicks.

However, in an attempt to grab defeat from the jaws of victory – such is a Tiffinian’s wont – the purple line fell ever deeper as NWB charged at full force. 3-1 became 3-2 (admittedly a very good goal), but shortly became 3-3 with seconds to play. In a final attempt to seal the win, the handsome fellows in purple charged forward and sweetly knocked the ball round in an exquisite passing move. The ball hit the net, the win was sealed! Or was it? Alas, the referee’s whistle had blown one final time and the goal disallowed. No one was entirely sure why, but alas the goal would not stand.

Game over. 3-3. The free kick count had no doubt exceeded a century, and then the Vets XI had the cheek to consume all of our post-match hospitality before we made it to the pavilion. Never has three points or 6 margherita pizzas been stolen so savagely. The good guys deserved them all, but don’t worry we’ll get them next year.

Come on the good guys.