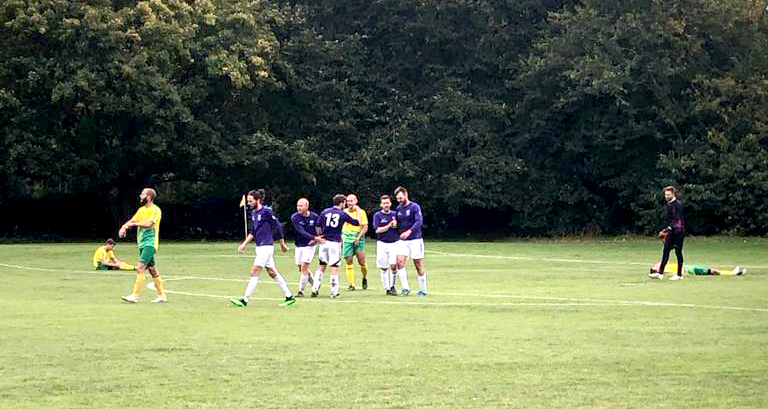 A strong Tiffs side took to the field looking for a good performance to start the season. The Dorking defence were happy to play the ball around at the back, but tiffs were happy to keep their shape and press high. They could have taken the lead early on but Ben Williams was adjudged offside after Dan Jackson had played him through.

Tiffs kept the pressure on though and soon were ahead. Mike Enright rising highest in the box to head home a trademark Dan Hogg throw in. Tiffs deservedly going in at HT 1-0.

Changes for the second half saw debutant Joe Cripps upfront and he showed good intent, picking up the ball and running at the Dorking defence. This paid off midway through the half as he did exactly that, beating three defenders before heading home the rebound after the keeper had blocked his first attempt.

Tiffs rarely looked troubled defensively but on the couple of occasions the ball did get through, Cottee was out smartly to stop the danger. A solid defensive performance from tiffs earning a rare clean sheet and a lot of work put in by all, especially Ben Harrison.