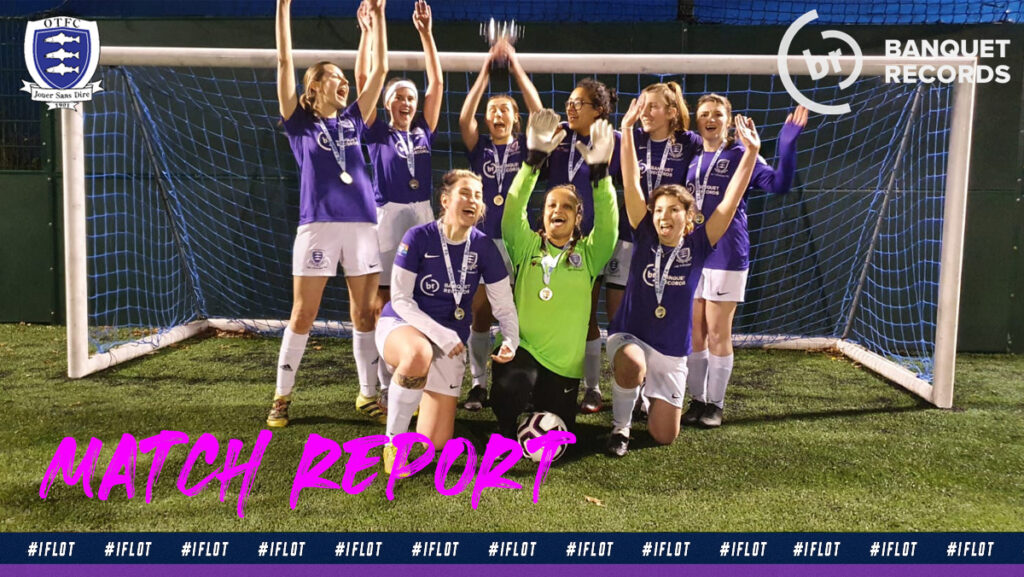 It was the best of times. It was the worst of times… a bright and fresh winter afternoon, filled with great expectations and the Old Tiffinians FC Women did not disappoint.

With the lack of games during the previous month there were a hint of nerves as the ladies arrived at the Working Leisure Centre, to participate in the Surrey FA Women’s Rec Tournament.

The Tournament format was based on qualification leagues and knockout competition. The matches were 15 minutes each with rolling substitutions and every woman played their part.

The Ladies started their campaign with impressive wins and dominated their side of the draw having played Reigate2 and Walton & Hersham twice.

OTWFC finishing top of their group went on to play Caterham Pumas, the 2nd placed team from the other side of the draw.

Caterham Pumas were a strong team, determined to impose their physical strength on the semi-final match. However, the quick passing game that was a feature of OTWFC play was too much for the opposition as the 5-0 score saw them comfortably through to the final.

The Final kicked-off late in the afternoon, with the winter temperature dropping under the flood lights. Reigate1 tried to raise the heat with their early pressing game, but OTWFC stuck to their game plan and defended tightly as a unit and quickly passed their way forward into attacking positions.

Every player in the squad contributed and created opportunities to forge ahead and win the final with an impressive score line.  OTFCW 4 v 0 Reigate1

The strength of this side’s tournament performance rests in their unity and willingness to support each other, whilst as individuals they each bring their own unique skills, so well done to

Amirah Rahman – our brave goalkeeper, with her constant vocal and tactical encouragement

Sophie Ramsbotton – leading by example, her unstoppable force driving forward was an inspiration

Lauren Harper – played with courage and never gave up, the embodiment of this squad

Chloe Binnington – unbridled talent with an eye for goal, such a reliable striker that lifted the team with her contribution.

A special mention goes out to Aurora Sullivan who was not available for the Tournament but is very much part of the squad and contributed to the hard work during the training sessions.

Brought to you by Banquet Records