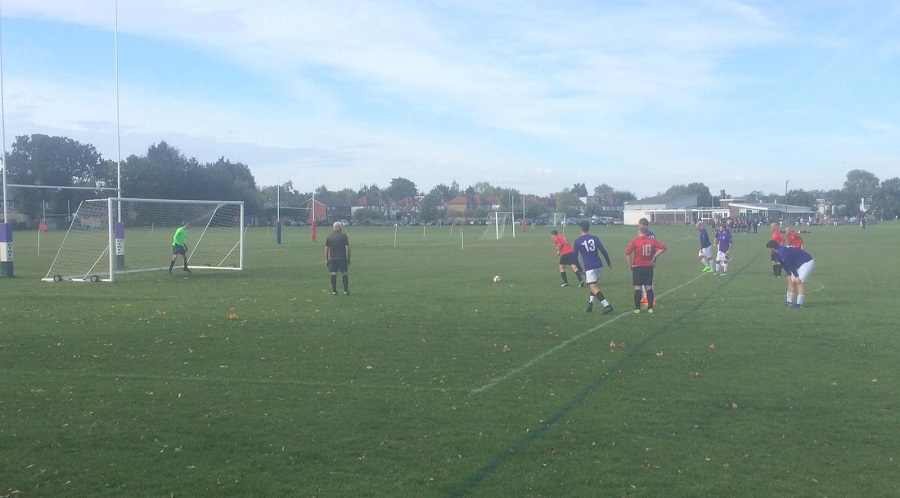 They came, they saw and they conquered, a deliverance of undoubted skill saw Wandsworth through on a day in which it could have been murder more suited to Henry VIII’s Hampton Court down the road.

The Tiffs played a part in their own downfall, after sheltering an earlier storm, a mistimed challenge in the box, and the Borough were ahead. Old Tiffs forged back with pressure but no serious breakthrough before a corner swung near post from Wes Bishop saw Kev Doyle’s second of the season.

Wandsworth would forge ahead with a debateable second and were denied several times by the quickness of goalkeeper Hurst, off his line to deny twice an unapproachable score.

The second half saw more Wandsworth skill and a third curled in to the top corner, and a fourth unluckily cannoning back to Borough after a sublime stop when one on one with the keeper.

Wandsworth would finish with a fifth, a wind that never blew hard on the day a suitable metaphor for the Old Tiffs V’s that Saturday afternoon.